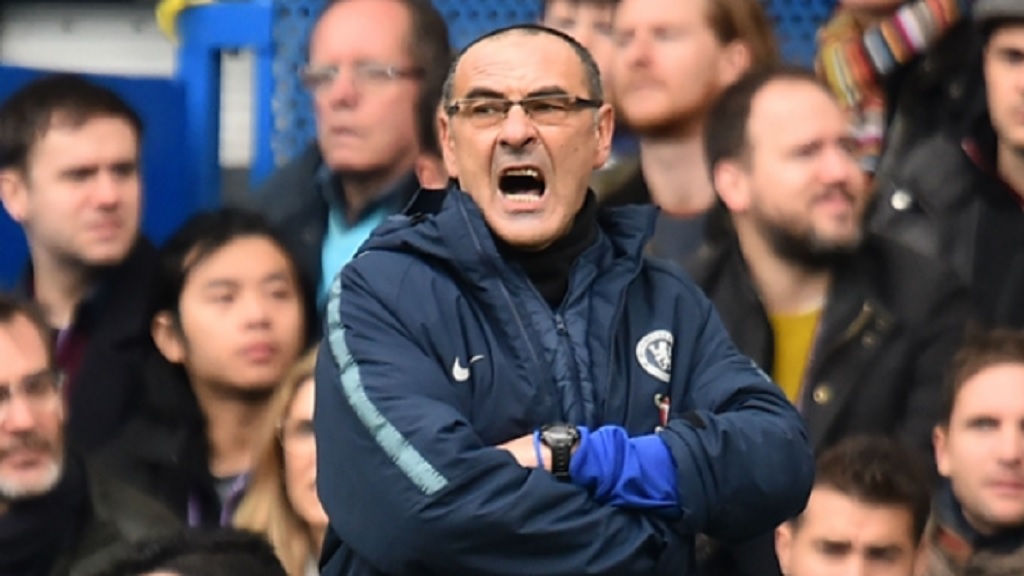 Maurizio Sarri is striving to fix the "problems" within his Chelsea squad that have seen them slip further behind in the Premier League title race in the last month.

After 12 games unbeaten at the start of the 2018-19 season, Chelsea have won once in their last four matches – losing to Tottenham and Wolves after a draw with Everton.

That run has seen Chelsea fall 10 points behind leaders Manchester City – who they face on Saturday – and Sarri has identified issues that need fixing before they can challenge Pep Guardiola's side for silverware.

"We have a problem to manage the match at the moment," he told a media conference.

"In the last two matches we played well for 55, 60 minutes but at the first difficulty we blacked out.

"In the first match [a 2-0 win over Fulham] we were lucky because they didn’t score. In the last match [against Wolves] we were a little unlucky as our opponent had five shots and only two on target, and we conceded two goals. But, after the first goal, we went into [a] blackout and were not able to react."

When asked to put his finger on what was causing the problem, Sarri added: "It's not easy to answer.

"I saw in the last matches that when there is the first difficulty we blacked out, we didn't react as a team but as 11 players in 11 different ways, so it is a big problem.

"It is not a quick [process]. It is very difficult, as we saw in [the games against] Liverpool and Manchester [United], but after the solution of the difficulties, you can create something very important.

"We need a collective target, it can give us motivation, and that can gives us determination. I saw that in some matches we lack determination, like in the last match, we were not able to have the right determination to win the match."

As Chelsea's form has stuttered, some have questioned Sarri's use of N'Golo Kante in a more advanced midfield role than in previous years, but the Italian insists that has only happened because results are not going their way.

"The problem is only the results," he added. "When we won, the position of N'Golo was good.

"At the moment, we're not winning so it's normal that [people say] some players are playing very badly, some are in the wrong positions.

"I have explained why Kante plays in that position, I have my opinion, I can understand that someone else doesn't agree, but I explained very well why."

Alonso: Too early to rule Chelsea out of title race