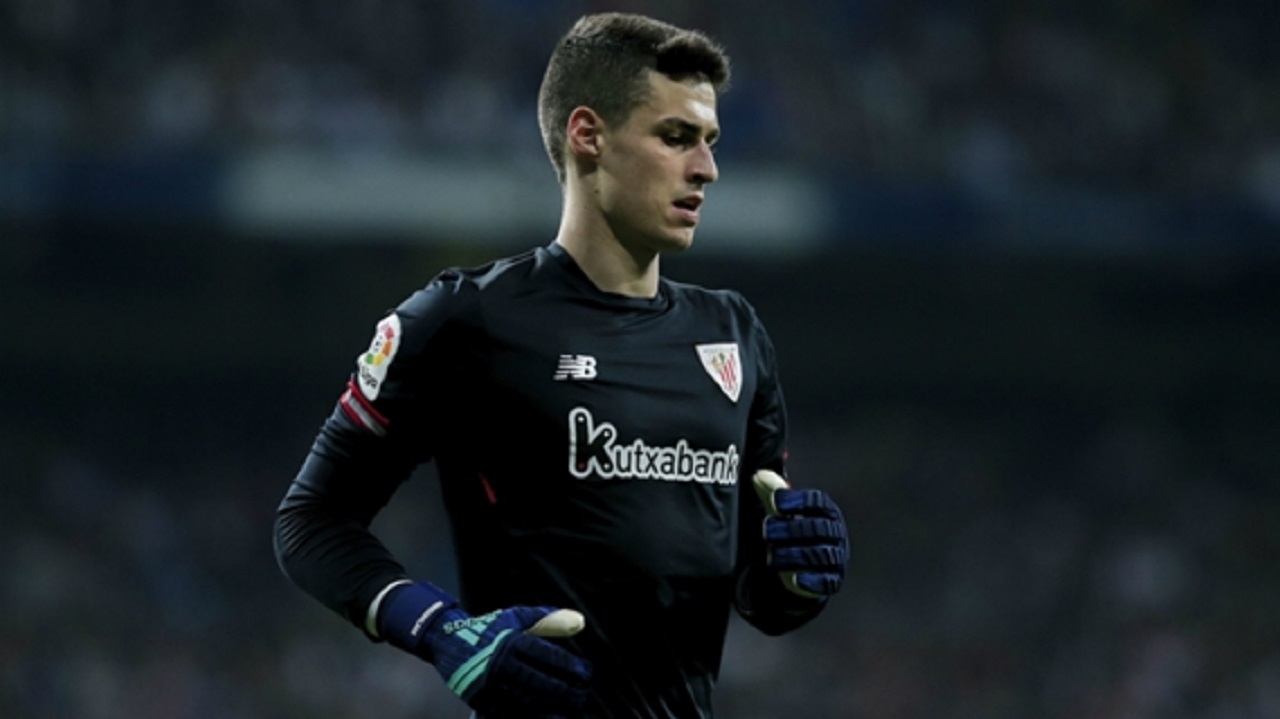 Chelsea have paid a reported world-record £71.6million to sign Kepa Arrizabalaga from Athletic Bilbao as a successor to Real Madrid-bound Thibaut Courtois.

The highly rated Spain international was announced as signing a seven-year deal at Stamford Bridge just hours after the club confirmed the sale of Thibaut Courtois to Real Madrid pending the completion of a medical.

Kepa, 23, came close to joining Madrid in January before a late change of heart led him to see out the campaign with Bilbao.

He now heads to the Premier League as the most expensive goalkeeper in history, eclipsing the £65million fee Liverpool paid to take Alisson from Roma in July.

Chelsea were compelled to activate Kepa's eye-watering release clause as they scrambled to find a replacement for the outgoing Courtois prior to the closing of the transfer window on Thursday.

Capped once by Spain, the World Cup squad member said he could not turn down the chance of a move to London after accruing 53 appearances in LaLiga.

"It's a very important decision for me, for my career, and also for my personal life," Kepa said.

"So many things attracted me to the club, all the titles the club has won, the other players, the city, the English Premier League.

"It's an accumulation of things, and I am very glad Chelsea has decided to trust me and to take me in as well."

​Kepa could now be thrust straight into the starting XI for the Blues' season-opening trip to Huddersfield Town on Saturday.

He will be joined in Maurizio Sarri's squad by Mateo Kovacic, who is poised to move to Chelsea on loan from Madrid as part of the deal to take Courtois to the Santiago Bernabeu on a six-year contract.