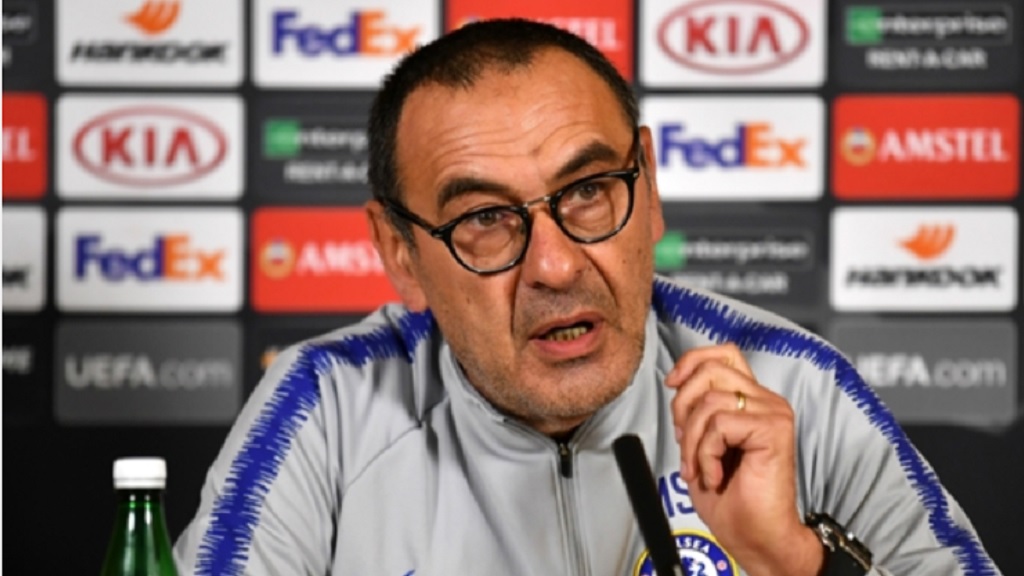 Maurizio Sarri has indicated he wants to stay in the Premier League as Chelsea's head coach, despite strong speculation linking him with the vacant Juventus job.

Juve are on the lookout for a new boss following the departure of Massimiliano Allegri, who announced his decision to step down earlier this month on the back of winning five successive league titles.

Sarri, who finished as a runner-up in Serie A with Napoli in the 2017-18 campaign, is rumoured to be high on the champions' list of targets to succeed Allegri.

But the 60-year-old is a big fan of English football and is unsure whether he wants to move on after just a single season in the Premier League.

"For me, at the beginning, it was really difficult to understand my players and their mentality. But after a difficult January, in February they started to change, I think, or probably I changed - I don't know," he said at Tuesday's news conference ahead of the Europa League final against Arsenal.

"I want to think only about the final. I have a contract with Chelsea for two years and so first of all I will speak with Chelsea, but this is not the moment.

"Now we have to think about the final because you know very well our feeling is that we deserve to win - we want to win.

Sarri finished third in his first season with Chelsea and guided his side to the EFL Cup final, where they were beaten on penalties by Manchester City.

Sarri has no regrets over his behaviour during Kepa substitution farce