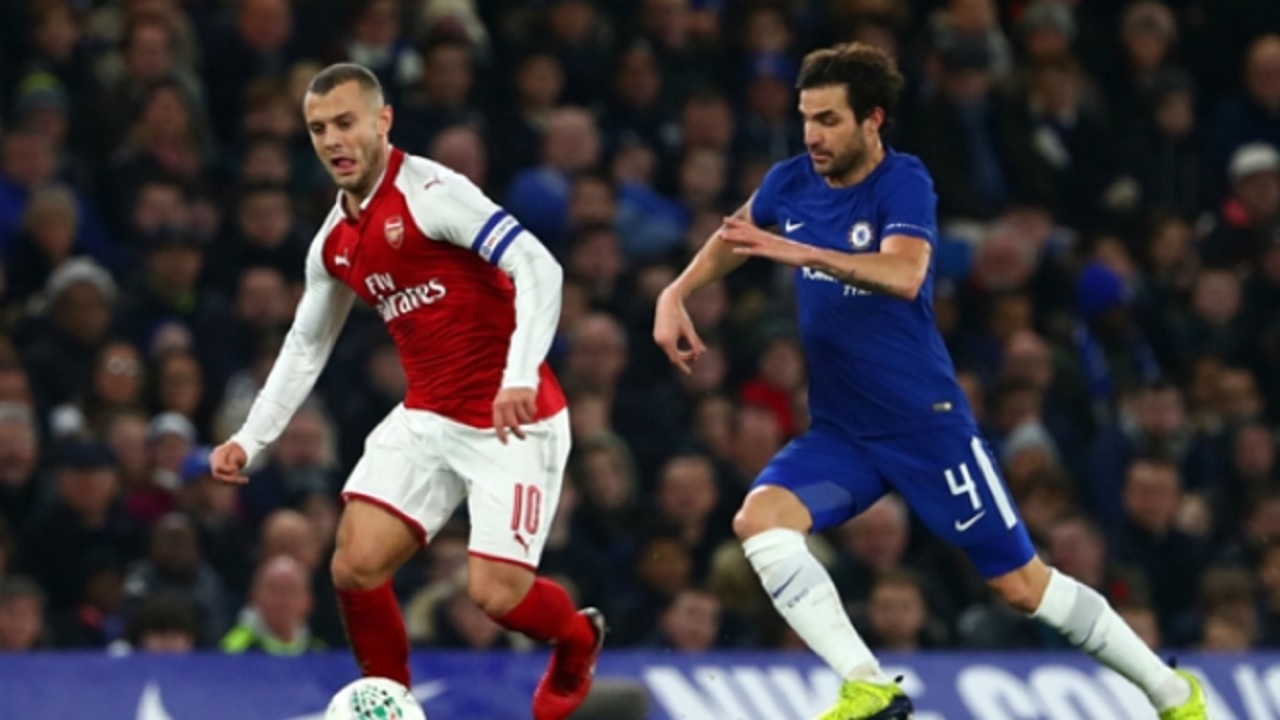 Chelsea and Arsenal played out a draw for the fourth time in as many meetings this season as the first leg of their EFL Cup semi-final finished goalless at Stamford Bridge.

The London teams reconvened seven days on from a scintillating 2-2 Premier League draw at Emirates Stadium but this encounter failed to hit those heights, instead repeating the scoreline from a September stalemate on this ground.

Arsenal boss Arsene Wenger, who watched the match from the press seating as he continued to serve a touchline ban, deployed reported Manchester City target Alexis Sanchez as a second-half substitute and is likely to be the happier of the two managers.

An even first half gave way to sustained Chelsea pressure after the interval, with the visitors struggling to stem the tide after an enterprising display from Jack Wilshere was ended by another injury scare for the midfielder.

Alvaro Morata probed as Chelsea's attacking spearhead to no avail and Antonio Conte will regret his side's two best chances falling to Andreas Christensen – a defender who proved ill-suited to the task.

It represented a restoration of pride for Wenger and Arsenal after their weekend FA Cup humiliation at the hands of Nottingham Forest and they will welcome their rivals to north London in two weeks' time with hopes of a fourth domestic knockout cup in five seasons firmly intact.

Eden Hazard recovered from a calf complaint to start for Chelsea and the Belgium star played in Morata after two minutes, although the angle was against the striker – who endured a torrid outing when the sides met in the league last week – and he shot into the side netting.

In the 28th minute, Maitland-Niles lost his footing and Moses fired against the base of the near post.

At the other end, Thibaut Courtois parried away an Alex Iwobi snapshot and Maitland-Niles, with roles suddenly reversed, went down under a challenge from Moses.

Martin Atikinson consulted VAR as Arsenal supporters chanted the name of the trialled technology but the referee stuck with his initial decision of no penalty.

Cesc Fabregas headed tamely at Ospina when he found space on the end of Cesar Azpilicueta's cross from deep in the final minute of the first half.

Chelsea resumed on the front foot and saw another aerial chance go begging when Christensen nodded over from close range.

Morata was unable to adjust his feet and convert when Marcos Alonso flicked Fabregas' 54th-minute corner in his direction and the forward then tested Ospina from range.

Before those attempts, Wilshere injured his leg blocking a firmly struck cross from Moses and an impressive outing as Arsenal captain was curtailed when he limped off to make way for Mohamed Elneny before the hour.

A clever turn away from Shkodran Mustafi allowed Morata to test the side-netting from an acute angle once more.

In the absence of Wilshere, Arsenal looked even less likely to regain their earlier control and Mustafi blocked from Moses before Christensen again showed himself to be nowhere near as adept in the opposition box as in his own with another limp header.

Fabregas' 88th-minute cross struck the outside of the post before Danny Welbeck correctly survived trial by VAR inside his own area for a challenge on the Spain playmaker, meaning Arsenal emerged unscathed.