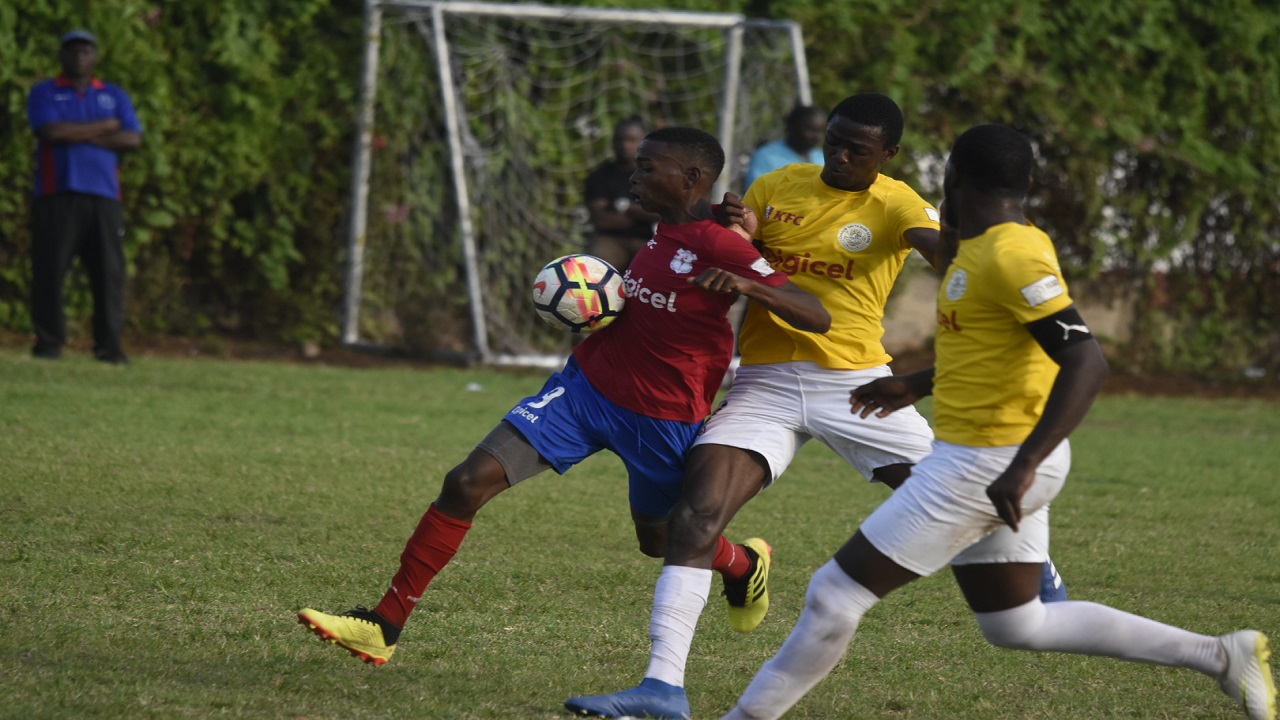 Red-hot Wolmer's Boys and Camperdown High had their perfect records shattered on Match Day 9 of the 2018 ISSA/Digicel Manning Cup football competition on Saturday.

Both schools were attempting to win five straight matches, but had to settle for draws and those results mean that only four of the 42 teams now have perfect records. Those teams are St George's College (Group A); Kingston College and Mona High (Group B) and St Catherine High (Group E).

Wolmer's Boys entered the day as a big favourite to stretch their perfect Group G record to five straight victories but were held to a 1-1 draw at Pembroke Hall High, a team that entered the day second-from-the-bottom the table.

The point gained from the match moved Wolmer's Boys to 13 points from five games but while they remain leaders of the group, second-place Holy Trinity High scored a 4-0 home victory over last-place Jose Marti High to move a point behind.

Camperdown High had their perfect record snapped by Charlie Smith High as the teams battled to a goalless draw in their Group C top-of-the-table fixture at the Alpha Boys' Institute.

Just as the case with Wolmer's Boys, Camperdown High had won four straight games entering the day. Despite the result, Camperdown remain atop the standings as they moved to 13 points from five games, five clear of Charlie Smith High.

The combination of a heavy wind and the field's uneven bounce had both teams failing to coordinate fluidly for the first half, with scrappy plays being a significant part of the action.

Despite that, however, both teams got clear chances to score, with Camperdown's Ronaldo Clarke failing to convert from inside the 18-yard box after being sent clear on the left from a through ball. Terrence Myles also missed a simple tap in on the right inside the six-yard box.

Camperdown High held a slight advantage at the start of the second half although failing to create any clear chances.

It was Charlie Smith's Reid that should have broken the deadlock early in the half but he headed straight at goalkeeper Prince Smith,from inside the six-yard box on the left, this after a cross from the right had picked him out.

From a period of sustained pressure midway the half, Garfield Rennicks on the right unmarked inside the 18-yard box, went close to putting Charlie Smith in the lead when he hammered a cross from the left against the upright.