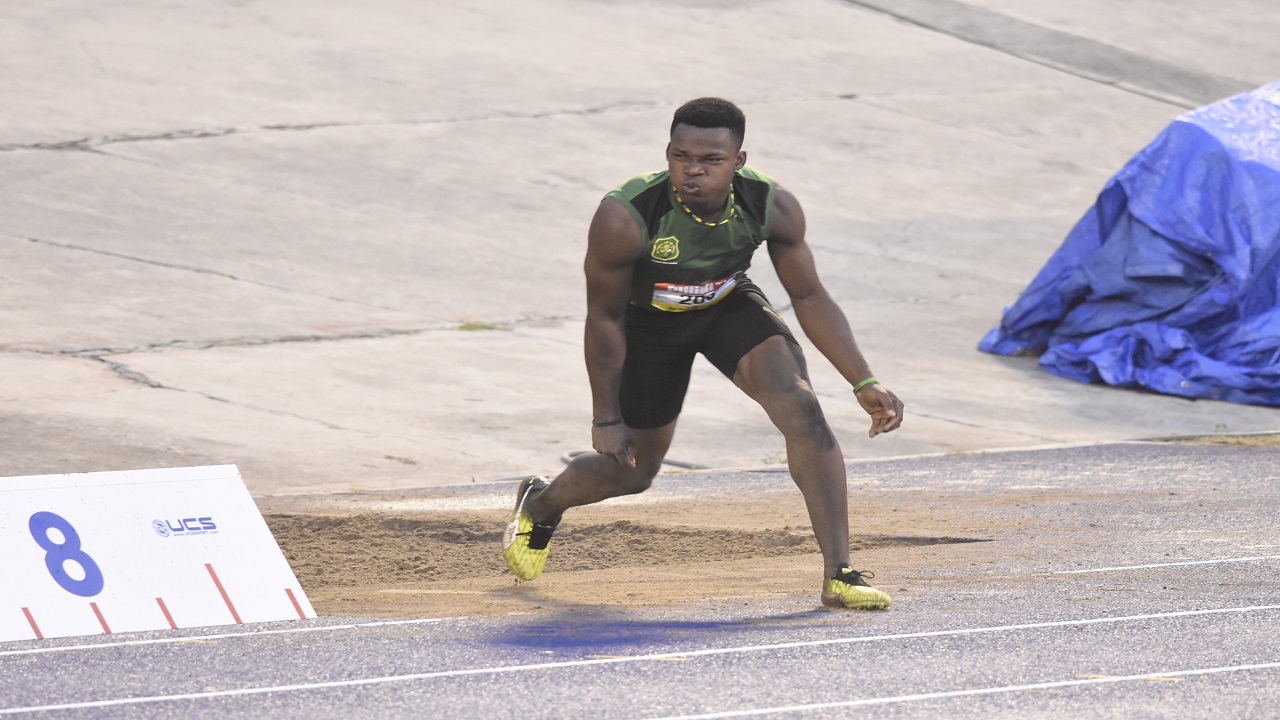 Six-time defending champions Calabar High and Rusea's High have taken the early lead after two days of action at the 2018 ISSA/GraceKennedy Boys and Girls' Athletics Championships, at the National Stadium on Wednesday.

However, Danielle Sloley of Immaculate Conception High highlighted the day with the first record of the championship. Sloley smashed the Girls' Class 2 shot put record, on her way to a big upset win in the final with a  throw of 15.99 metres to erase the previous mark of 15.93 metres set by Edwin Allen's Rochelle Frazer in 2013.

KC are on 17 points, eight ahead of third-place St Jago High, which are on nine points. Wolmer's Boys hold down fourth place on eight points, followed by Cornwall College (six), Jamaica College (JC) on five and Excelsior High on four.

After two event scored in the girls' section, Rusea's High have surged to 16 points to hold a seven-point lead over St Jago High and Immaculate Conception High, which are joint second on nine points. Four-time defending  champions Edwin Allen and their main rivals for title honours Holmwood Technical are joint fourth with eight points, followed by Vere Technical (seven), Excelsior and Hydel High (six each) and Petersfield High (five).

Calabar High shot into the lead following a one-two finish for 16 points in the Boys' Class 2 long jump final, the first event scored.  Caymanian Lamar Reid took the event, just edging his Calabar teammate Jordan Turner. Both cut the sand with a mark of 7.23 metres.

Kavian Kerr of St Jago High finished third with an effort of 7.18 metres, while Waukeem Walters of Wolmer's Boy leapt 7.18 metres for fourth.

KC picked up four points through Jaheim Cox, who finished fifth with an effort of 7.00 metres.

In the other boys' final, Wayne Pinnock as expected took the Boys' Class 1 long jump to push KC into second place. 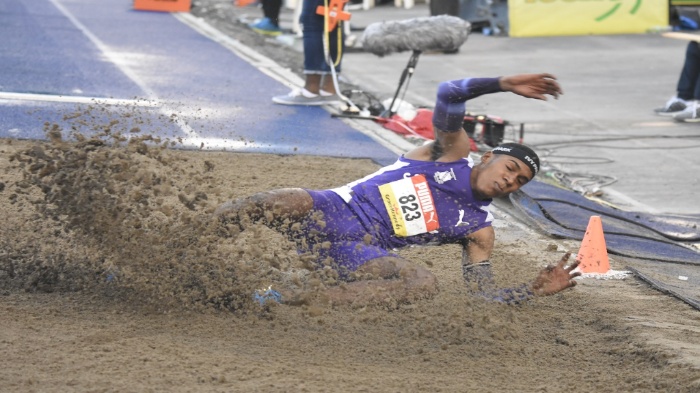 Pinnock had to come from behind for the victory after Calabar High's Alexander Thompson had leapt 7.56 metres to take the lead with is second jump.

However, that lead was shortlived as Pinnock delivered a big jump of 7.77 metres to easily take the victory.

Thompson held on with his effort of 7.56 metres for second place.

Owayne Owens of Cornwall College finished third by cutting the sand with 7.24 metres

KC picked up four more points through Shacquille Lowe, who finished fifth with an effort of 7.07 metres.

Pinnock, a first year Class 1 athlete, came into the final with impressive form  after he turned in a big effort to erase the Boys' Under 20 long jump championship record at the Digicel Grand Prix Finale - G C Foster Classic - at the National Stadium on March 10.

Pinnock on the day outclassed the field with  7.99m, well ahead of the previous championship record of 7.79 seconds set by his teammate Carey McLeod.

Pinnock's effort on the day also better than the Champs record of 7.87m set by Vere Technical's Leon Gordon in 1993.

Bailey won with a throw of 48.93 metres, while Edwin Allen High's Fiona Richards, the top qualifier going into the final and the record holder from last year with 53.04 metres, had to settle for second with a throw of 48.06 metres.

Rusea's ended the day as the leaders after securing 10 points in the day's other girls' final, the Class 2 shot put, which Sloley won to break the record.

And twenty-four hours after she came close to break the 17-year Girls' Class 2 800-metre record, Shaquena Foote of Petersfield High safely progressed to the final of the 1500 metres with the second fastest qualifying time.

Foote clocked 4:56.07 to win the opening heat in the preliminary round.

Theresa Graham of Spaldings High has the fastest time going into the final after winning the second heat in 4:55.70.

Holmwood Technical also have two competitors. The Christiana-based school will be  represented by  Aliya Johnson  (4:58.39) and Jodyann Mitchell (4:48.55), who enter the final with the seventh and eighth fastest times.

Meanwhile, the top boys' schools are well represented in the 1500-metre finals.

Rivaldo Marshall of Calabar High has the fastest qualifying time going into the final. He won the second heat of the preliminary round in 3:13.07. JC's J'Voughnn Blake (4:13.51) has the second fastest time, while KC's Giovouni Henry (4:13.69) and his twin brother Gianni Henry (4:17.03) are also through to the final with the third fastest and sixth fastest times.

Calabar High and St Jago High have qualified two athletes each in the Boys' Class 1 1500-metre final, while KC have one qualifier.

The battle is on

Meanwhile, Calabar High and Edwin Allen High suffered setbacks on the day through the disqualification route during the preliminary round of the  Boys' Class 3 4x100m  and the Girls' Class 4 4x100m relays respectively.

All other top contenders in the relays progressed smoothly to the finals.

Thursday's third day is scheduled to begin at 8:15 am with event six of the Boys' 110-metre hurdles decathlon open.

The day will feature four finals each in the boys and girls' sections.

POLL: Which school will win the boys' competition at 'Champs' 2018?

POLL: Which school will win the girls' competition at 'Champs' 2018?