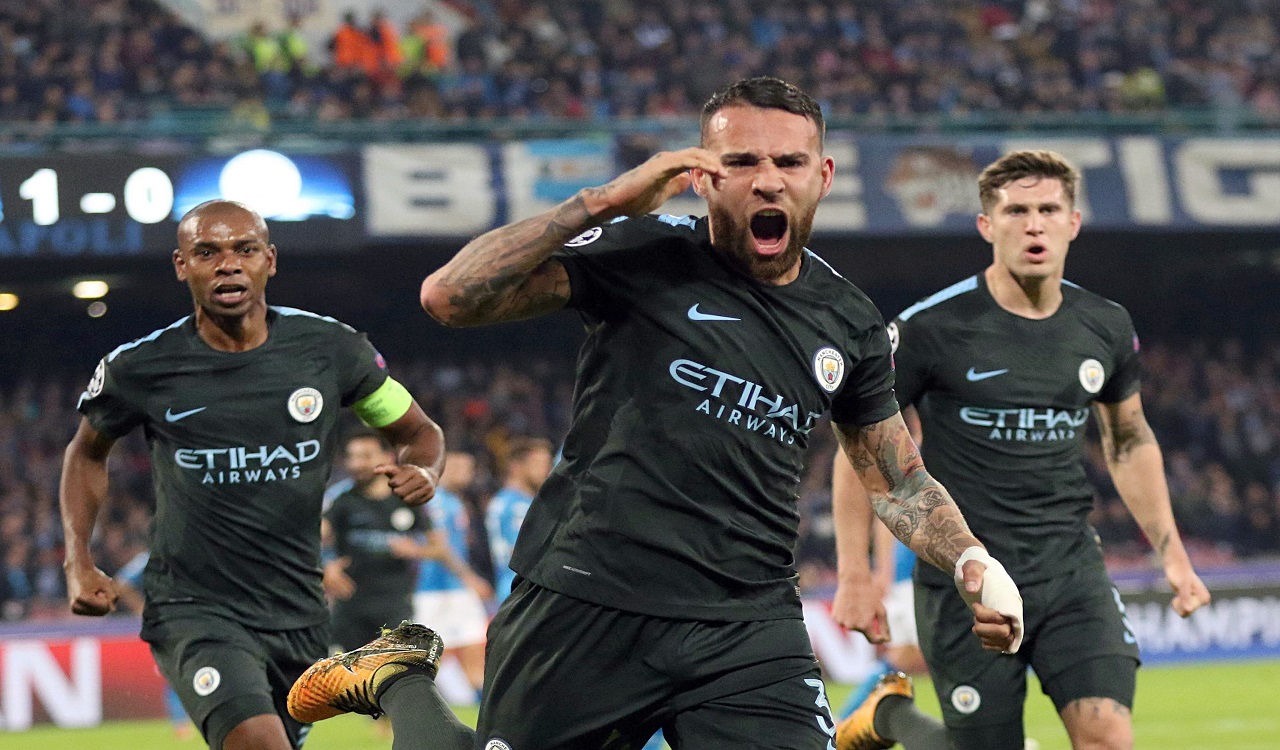 Sergio Aguero's winner made him Manchester City's all-time top scorer as the English Premier League leader swept to a 4-2 victory over Napoli on Wednesday and a spot in the knockout phase of the Champions League.

City's superior physicality and height advantage proved the difference after Pep Guardiola's side was able weather intense pressing by Napoli in the opening half hour.

City leads Group F with a maximum 12 points from four games. Shakhtar Donetsk is next with nine following a 3-1 win over Feyenoord. Serie A leader Napoli has three points and will struggle to get through, while Feyenoord remained with zero and was eliminated from contention.

Aguero has scored his tally of goals in 264 games for City since joining from Atletico Madrid in 2011.

Lorenzo Insigne had put Napoli ahead midway through the first half following a nice exchange with Dries Mertens, whose backheel pass set up Insigne with only the goalkeeper to beat.

It was the first time in 13 matches in all competitions that City conceded the opening goal of a game — since facing Bournemouth in August.

An injury to Napoli left back Faouzi Ghoulam proved costly, though, and City quickly equalized in the 34th with a header from Nicolas Otamendi.

Center back John Stones put City ahead with another header early in the second half.

With the "ultra" supporters at the San Paolo stadium beating drums and chanting encouragement, Napoli responded with a solid run of pressure and Leroy Sane fouled Raul Albiol to set up a penalty for Jorginho that made it 2-2.

Raheem Sterling added another for City in stoppage time.

In another entertaining match, like the meeting in England two weeks ago which City won 2-1, both sides also hit the woodwork.

Stones headed off the crossbar in the first half with Napoli goalkeeper Pepe Reina beaten and Insigne hit the bar with a long-range effort five minutes before Napoli earned a penalty.