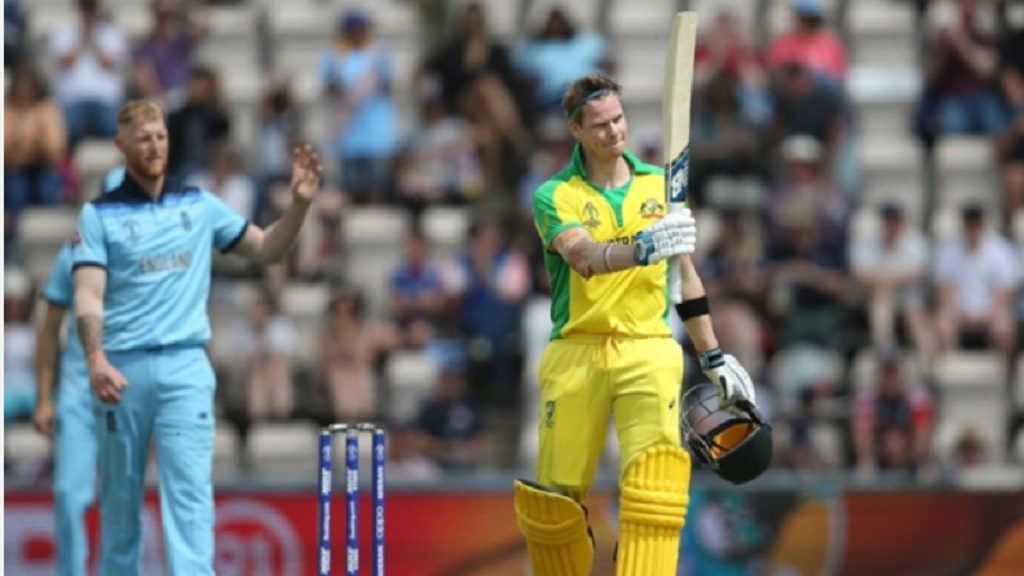 Former Australia captain Steve Smith said the hostile reception he received at the Ageas Bowl was like "water off a duck's back" after his century set up a 12-run Cricket World Cup warm-up victory over England.

The in-form Smith was booed when he walked to the crease, then when he reached his half-century and brought up a brilliant hundred on Saturday.

David Warner was also heckled by fans in their first match against England since returning from a one-year suspension for their part in the Newlands ball-tampering scandal.

Smith, who made 116 from 102 balls a week before Australia start their World Cup defence against Afghanistan, was unfazed by the abuse he received.

"I heard a few things as I went out to bat, but it didn't really get to me. I'm kind of just trying to keep my head down and move straight ahead and just do my job," Smith said.

"Fortunately, I was able to score a few runs for the team and, more importantly, spend some time in the middle before our first game of the World Cup."

Smith added: "It doesn't bother me, it's just doing my job and I know that I've got the support of my team-mates up on the balcony and that's the most important thing. If I can make them proud out in the middle and make Australians proud as much as I can, well, that's my job.

"I just blank it out. They call it white noise. When I am out there I pay no attention to the crowd and just move on with playing the game."

Smith said he had not been on the receiving end of hostility from the public in England prior to the match at the home of Hampshire.

"No, it's been really good I haven't copped any which is really nice. I guess everyone is entitled to their opinion and how they want to treat people, but it is water off a duck's back," he said.

"I'll just do my own thing and just keep working hard to play hard."

England were all out for 285 in the final over in reply to 297-9, with concerns over a foot injury suffered by Mark Wood. Jofra Archer also suffered an injury scare but was able to bat.

Bancroft opens up on Warner role in ball-tampering scandal