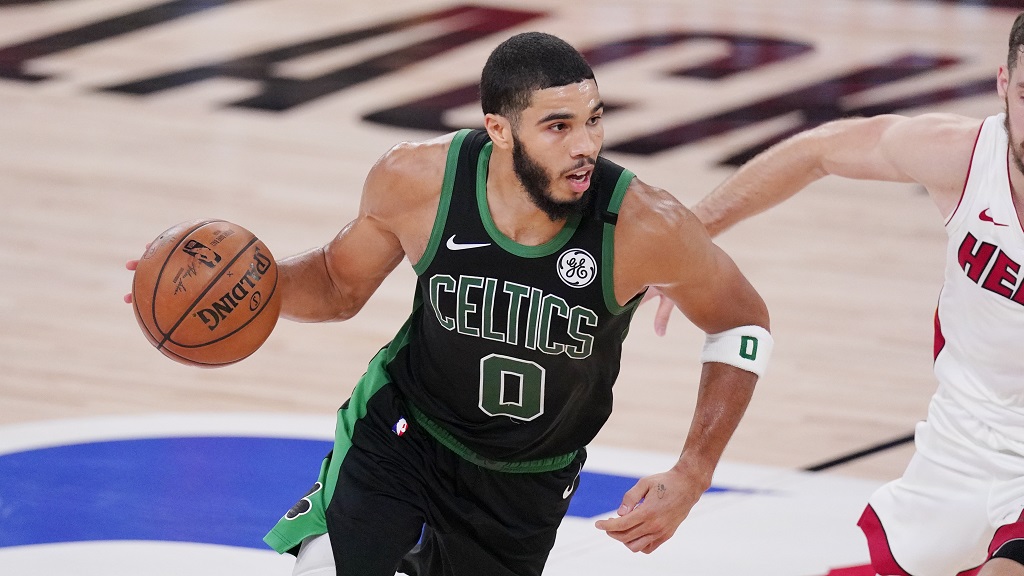 The Boston Celtics stayed alive in the NBA playoffs with a 121-108 win over the Miami Heat in Game 5 of the Eastern Conference finals.

Jayson Tatum (31 points and 10 rebounds) lifted the Celtics at the Walt Disney World Resort on Friday as they reduced Miami's series lead to 3-2.

The win came after Miami made a better start, at one stage leading by as many as 12 points.

Tatum scored 17 third-quarter points as the Celtics rallied on their way to a victory that kept them alive in the playoffs.

Duncan Robinson (20 points) had put Miami in position in the first half before the Celtics' fightback.

Jimmy Butler finished with 17 points, while Goran Dragic had 23 before fouling out.

Game 6 of the series is on Sunday.

Leading the Western Conference finals 3-1, the Los Angeles Lakers are a win away from a first NBA Finals appearance since 2010 ahead of facing the Denver Nuggets again on Saturday.