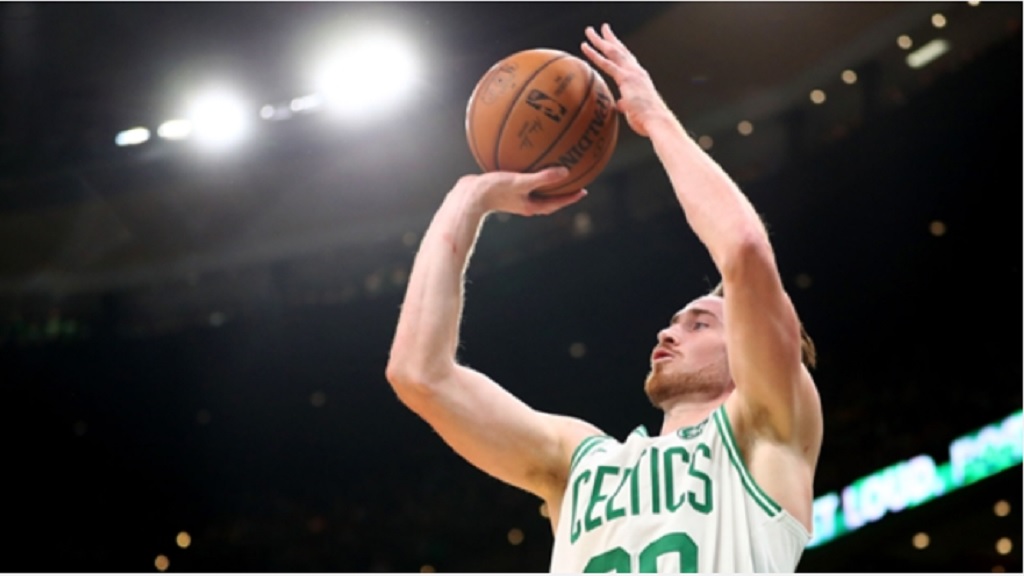 The Boston Celtics could not stop taking and making three-pointers as they handed the Milwaukee Bucks their first loss of the NBA season on Thursday.

Boston knocked down a franchise-record 24 three-pointers on 55 attempts in the 117-113 win, one make shy of the NBA record.

Milwaukee came into Thursday's game allowing the second-worst three-point field goal percentage in the NBA at 28.8, but they were also allowing the fourth-most shots from beyond the arc at 35.7 per game.

There are open three-pointers to be found when facing the Bucks and the Celtics showed that. They just made more of their open looks than any other team that faced Milwaukee this season.

The Celtics still produced a balanced attack despite the long-ball bonanza as five players finished in double-digits. Kyrie Irving led the way with 28 points on 10-of-20 shooting. He finished six of 12 from three-point range.

Gordon Hayward had his best game since returning from a fractured ankle as he scored a season-high 18 points with four rebounds and five assists.

Russell Westbrook had 29 points, 10 assists and eight rebounds in the Thunder's 111-107 win over the Hornets.

Kings guard De'Aaron Fox had a career-high 31 points on nine-of-13 shooting and tallied the first triple-double of his career in a 146-115 win over the Hawks.

Cavaliers forward Rodney Hood scored eight points on one-of-nine shooting in a 110-91 loss to the Nuggets.

Jimmy Butler should be well rested for this matchup as he sat out the Timberwolves' win over the Jazz on Wednesday. Golden State have lost just one game this season and it came on a last-second effort by the Nuggets.