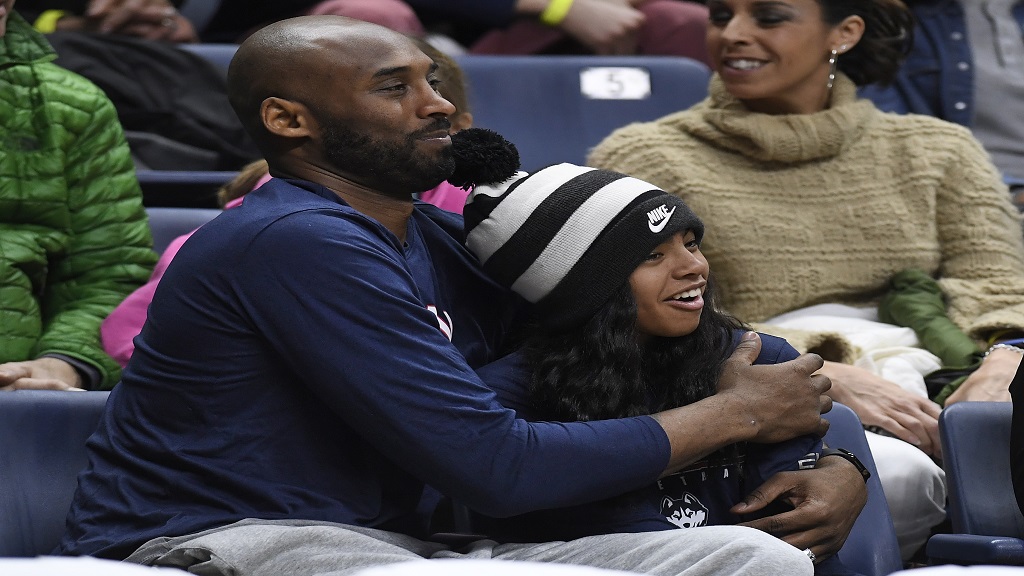 In this March 2, 2019, file photo Kobe Bryant and his daughter Gianna watch the first half of an NCAA college basketball game between Connecticut and Houston in Storrs, Conn. (AP Photo/Jessica Hill, File).

A celebration of the life of Kobe and Gianni Bryant will take place at Staples Center on February 24.

NBA legend Kobe and his 13-year-old daughter Gianni were among nine people who tragically died in a helicopter crash in Calabasas, California last month.

Vanessa Bryant, the Los Angeles Lakers great's wife, confirmed a memorial service will be staged at 10:00 am local time on the last Monday of this month, with further details to follow.

She said the date was significant as talented basketballer Gianna wore number two and Kobe - who was 41 when his life was cut short - donned the 24 jersey late in his phenomenal 20-year career with the Lakers.

The Los Angeles Clippers take on the Memphis Grizzlies at Staples Center on February 24, but Lee Zeidman, president of Staples Center, said there will be no problem getting the court ready after what will be an emotional event.

"Staples Center has hosted over 220 doubleheaders in its 20-year history," Zeidman said.

"While this is going to be a very emotional day for the Bryant family, the Los Angeles Lakers, the City of Los Angeles, as well as for the men and women who work at Staples Center.

"We are very confident we will be ready for 6:00 pm doors opening for the Clippers-Memphis game following the ceremony."