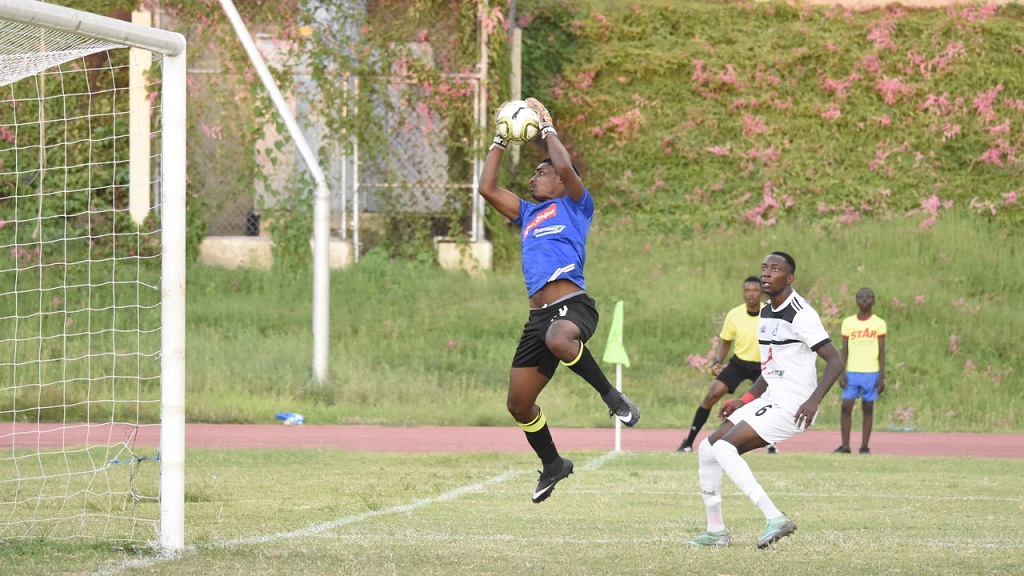 The rout started as early as the fourth minute when Leonard Rankine scored, before Nicholas Hamilton added another 10 minutes later, with Chevone Marsh’s 39th minute strike carrying Cavalier to the halftime break with a 3-0 lead.

Nicholas Amposah gave Montego Bay some hope in the 64th minute, which was dashed by Alex Marshall in the 85th minute and Nicholas Nelson a minute into second-half added time.

The victory pushed Cavalier into third position in the points standing with 10 points, as leaders Portmore United maintained the top spot with a 3-2 victory over their hosts, Arnett Gardens, at the Anthony Spaulding Sports Complex, while Tivoli Gardens moved into second spot with a 1-0 victory at UWI.

At Stadium East, Cavalier were in spanking form from the opening whistle, and with spectators still not settled, Rankine secured the lead from a goalmouth melee, which Hamilton doubled after being on the receiving end of a good build-up, for him to beat goalkeeper Zavhia Hutchinson.

Another build-up involving a number of players with one-touch movements presented Marsh with the opportunity to beat Hutchinson from close range, as Cavalier had things fairly easy in the first half and could have entered the break with a wider lead.

On the resumption, Cavalier again missed a number of scoring chances, while Amposah lessened their lead when he scored for Montego Bay from a corner that resulted in a melee inside the area, and the ball bounced to him to the left. He fired powerfully into the roof of the net.

Montego Bay offered some more resistance after the goal, but Cavalier restored their three-goal advantage when Hamilton dismissed two defenders down the left to the 18-yard box before his cross inside the area was fumbled by the Montego Bay defence, which Marshall capitalised on to score from inside the six-yard box.

Nelson ended Montego Bay’s misery when he tapped into an unprotected goal after a Cavalier break caused confusion in the defence.

Cavalier’s technical director, Rudolph Speid, believes his charges displayed their full ability on the day, as he said they have they been playing good, but not taking the opportunities when presented.

Speid said: “today is just one of those days that everything came together, as we always know what our team can do, but it is just that a lot of times we are not consistent.

“We believe we can do this to most teams, but we have been missing about five or six goals every game we play, even some of those that we lost, but these guys are young, so any day the goals start to go in, it is going to be a hard day for the other team,” Speid said.

Montego Bay’s coach, Vassell Reynolds, believes his players failed to bring their energy to the game.

Reynolds said: “we just didn’t turn up. I can’t put my hand on it, but we were so flat in the first half, and when we do that against an attacking team like Cavalier, we are always going to be behind the eight ball.

“I thought we were beaten by a much better Cavalier team, as I don’t think we are defending well as a team. Before this game, we would have conceded five goals in five games, which is one per match, and that is something that we have been working on and speaking about, so it is a concern for us,” Reynolds said.

Meanwhile, at Anthony Spaulding Sports Complex, Lennox Russell gave Arnett Gardens the lead with a 30th-minute penalty, which was cancelled by Donnegy Fer in the 54th minute, as Roshane Sharpe put Portmore ahead one minute into first-half added time.

Fabian Reid equalised for Arnett in the 59th minute, before Rondee Smith gave Portmore the lead once again with a 62nd minute penalty.

It was a league-leading fourth goal of the season for Portmore’s Smith, as he separated himself from Anthony Greenland of UWI and Girvon Brown of Waterhouse, as they had started their respective matches all tied on three goals.

In a goal feast at Effortville Community Centre, Nickoy Christian, Dean-Andre Thomas and Orrette Richards shot newcomers Dunbeholden into a 3-0 halftime lead with goals in the 17th, 27th and 37th minutes, respectively.

But Humble Lion rallied late through a 72nd minute strike from Craig Foster, and another from Swaby in the 90th minute, but fell short in the end.

At Mona Bowl, Colorado Murray’s single strike in the 52nd minute gave Tivoli the victory over UWI, while at St Elizabeth Technical High School Sports Complex, Reno edged Waterhouse through a strike from Thorn Simpson in the 85th minute.

A win will move Mount Pleasant from fifth to the top of the league or second behind Portmore on goal difference, which is dependent on the margin of victory.

Harbour View will move to either fifth or sixth with a victory.

Increase in customer complaints to OUR in April to June Quarter