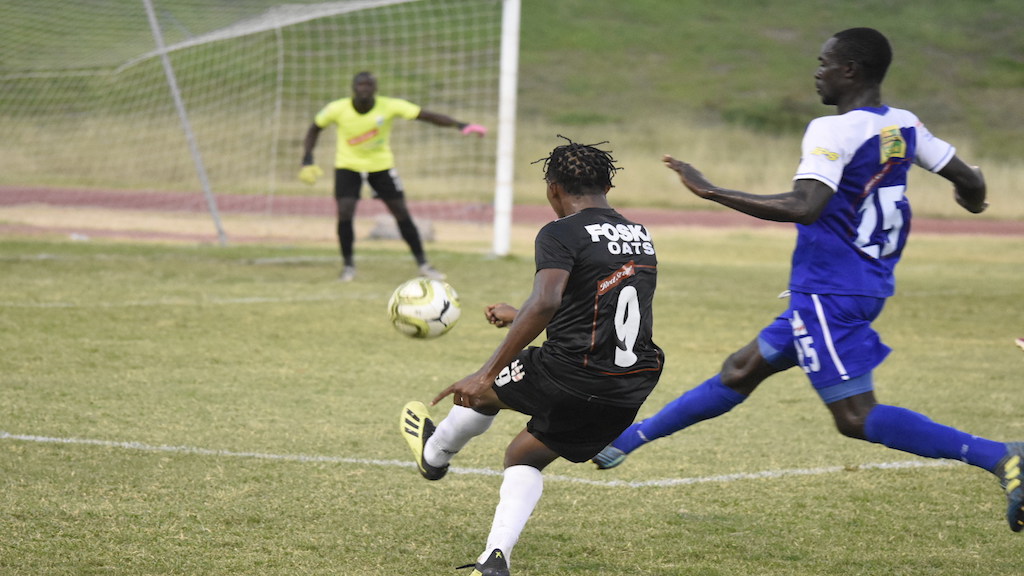 Cavalier shot to the top of the 2018-2019 Red Stripe Premier League (RSPL) on Monday night after defeating 10-man Arnett Gardens 3-1 in the last game of Match Day 24.

The game was played at the Anthony Spaulding Sports Complex.

Zhelano Barnes’ expulsion in the 11th minute enabled Cavalier to control the match, especially in the second half.

Leonard Rankine opened the scoring the Cavalier in the 46th minute with Nicholas Hamilton doubling the score in the 72nd as substitute Nicque Daley completed their effort in the 81st minute.

Jamiel Hardware pulled back a goal for Arnett Gardens one minute into second-half added time.

The three points earned carried Cavalier to 44, the same as defending champions Portmore United. However, Cavalier are leading the table courtesy of goal difference after starting the day in third place behind Portmore United and Waterhouse.

Arnett Gardens dropped a place to seventh on 34 points, the same as sixth-place Tivoli Gardens, which have a better goal difference.

There are another nine set of games remaining in the preliminary round and at the end the top two teams on points will advance straight to the semi-finals; while third to sixth place will enter into a playoff for the other two semi-final spots.

Speid said, “I feel very good about the performance as we were able to score three goals but it could have been much more as we really missed a lot.

“In the first half we had difficulty adjusting (to Barnes’ expulsion) because of the type of players that we had on the pitch, but we talked about it in the dressing room and we came out and got the goal in the first five minutes and from there on, we knew that Arnett would have tried to get back the goal and more goals would have come,” Speid said.

Arnett’s coach Jerome Waite said, “the red card happened as early as 10 minutes into the game and that created an uphill task.

“The most important things were to make sure that we kept our shape, continue to keep our focus and possess the ball as long as possible to get them disorganised, but we gave up that goal less than a minute in the second half and that resulted in another setback.”

Portmore, Cavalier to tussle in RSPL