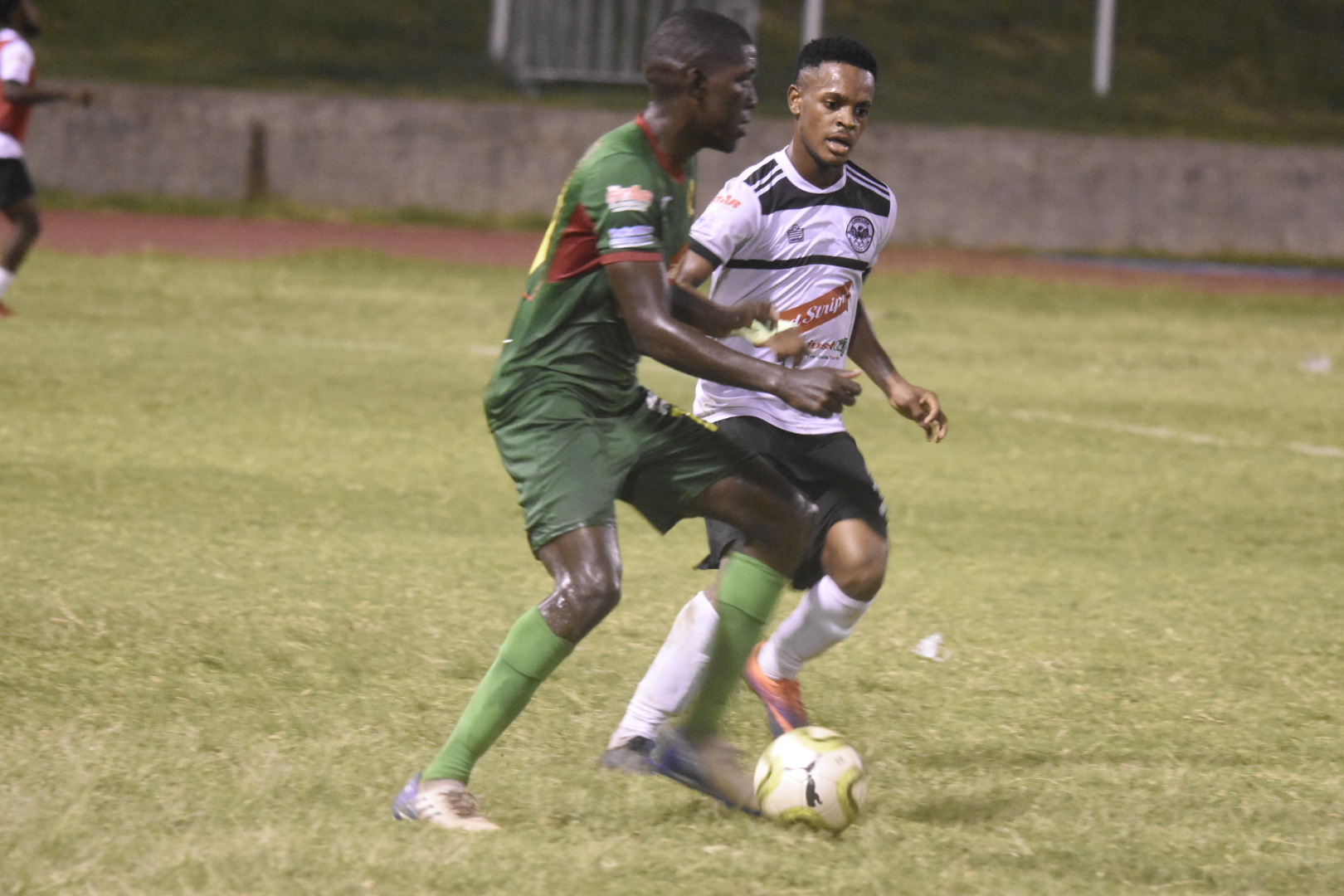 Humble Lion and Cavalier battled to a 0-0 draw on Sunday.(PHOTOS: Marlon Reid)

Cavalier and Humble Lion battled to a 0-0 draw at Stadium East on Sunday in the Red Stripe Premier League.

The point earned by both carried them to 13 points each.

Cavalier, kicking towards the hills, held sway slightly in the first half as they pressed Humble Lion high and got the two best opportunities. However, due to poor finishing, they failed on both occasions.

The first opportunity went to Nicholas Nelson. After breaking free from the Humble Lion defence, with just goalkeeper Damion Crooks to beat from slightly to the right of the 18-yard box, Nelson fired tamely for the custodian to make an easy save.

Nicholas Hamilton also got behind the Humble Lion defence, this time to the right of the penalty area, close to the six-yard box, but he fired over the crossbar with only goalkeeper Crooks to beat.

Humble Lion turned the tables on Cavalier in the second half and took the fight to their opponents, pressing them high, with reinforcement in midfield. While in possession of the ball, they also ran at Cavalier with pace.

Francois Swaby got two excellent opportunities to give Humble Lion the lead from almost the same spot, minutes apart. On both occasions, however, Swaby fired wide.

Just before the final whistle, Rohan Richards got the best opportunity of the match but fired straight at the goalkeeper from inside the six-yard box.