CASE NOT CLOSED: One year on, still no break in disappearance of Lime Hall family 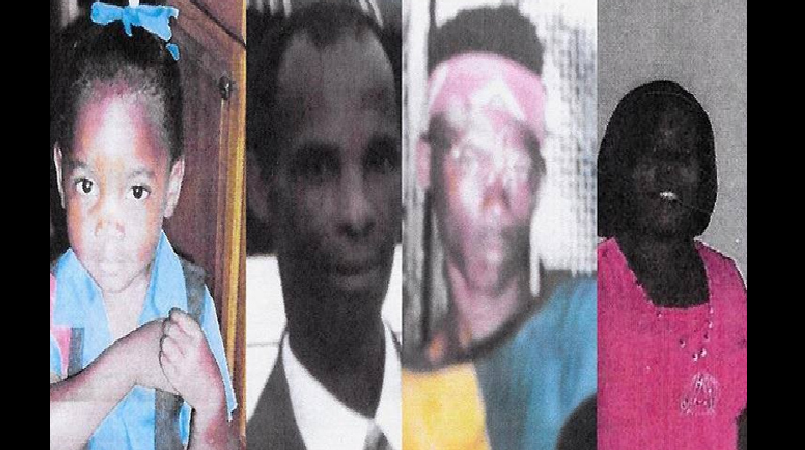 Residents of Lime Hall in rural St Ann have long drawn the conclusion that the four people who disappeared in November of last year are dead.

But investigators have indicated that the case has not been brought to a close.

The family disappeared after a fire destroyed their house.

According to Deputy Superintendent (DSP) Paul Thompson — the commander in charge of crime for Area Two Police Division — the police are still investigating the matter.

Despite fire brigade personnel combing through debris and scouring the farm on which the fire occurred last year, nothing was ever discovered.

Police had even used cadaver dogs that should have picked up the scent of persons killed, interviewed people from the area and expanded the search beyond the farm.

This led many in Lime Hall to conclude that the four were killed and their body disposed of.

However, police are still treating the matter as a case of missing persons.

“The four persons are still being treated as missing as there has been no evidence, forensic or otherwise, to say that these persons were killed,” Thompson explained during a recent press briefing.

He added: “We are still doing investigations in the hope that somebody will call or come in to assist the police in having a statement to say these persons were dead, but we are still treating them as missing.”

Reports are that between late Friday night and early Saturday morning, November 14, 2015, residents in the area saw fire coming from the 60 acre farm of which Joseph Lynch was caretaker.

The fire brigade was later contacted, but the five-bedroom house and two other buildings were destroyed. However, there were no sign of the occupants.

Police had taken 11 men from Lime Hall into custody in relation to the disappearance. Among them were the notorious St Ann gangster Roshad Moss, alias ‘Shut’, but he was released without charge.

Two of the men — Junior Campbell, 27, and his 23-year-old brother Shawn Nelson — were charged last year December with arson for setting fire to the house where the four relatives had been staying.

They were offered bail shortly after as the prosecution’s evidence was said at the time to be “weak”.

Information was that the police found two cell phones and a wallet with the photograph of one of the missing men in the brothers’ back yard.

The brothers reportedly told police they knew nothing about the items and that they were being framed.

Nelson and Campbell are to return to court January 6, 2017.

The other men held in connection with the arson were later released. Several of them have been murdered months apart this year.

They too were released without charge.

This left many to speculate that the men were killed, because of what they knew about the disappearance of the four people.