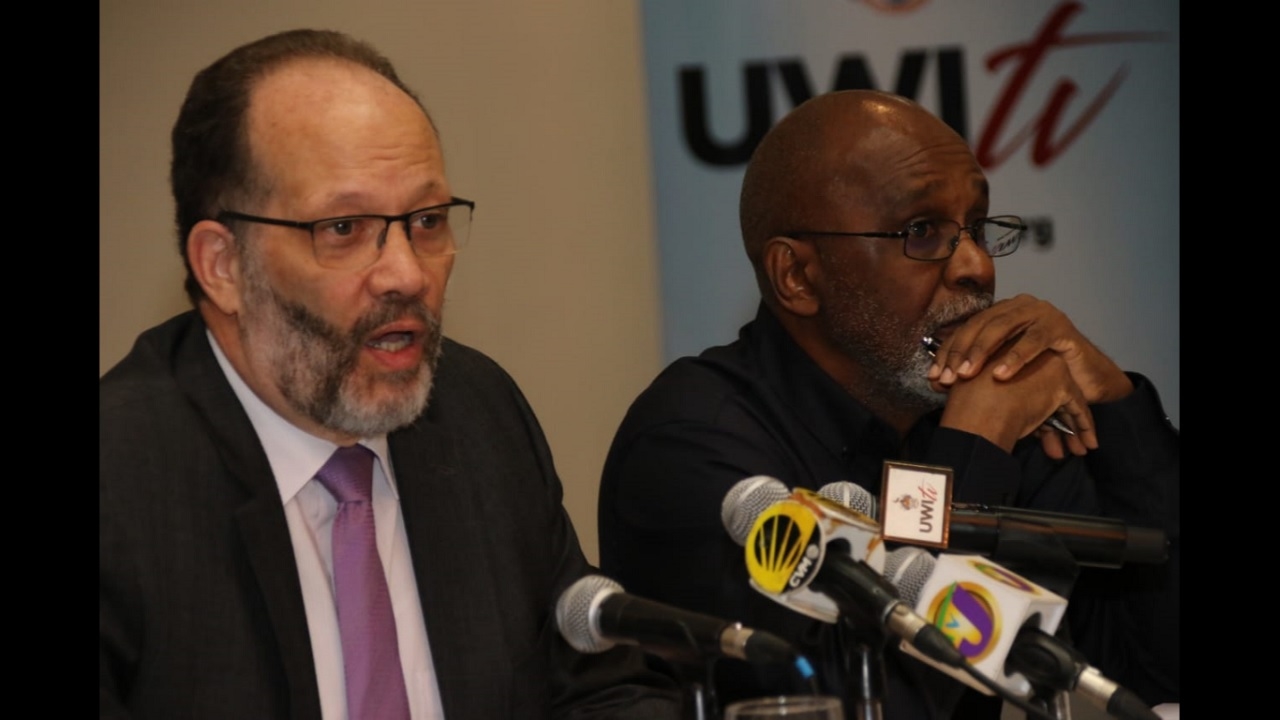 Irwin LaRocque addressing journalists at a press conference earlier this week in Jamaica.

Secretary General of Caricom, Ambassador Irwin LaRocque has expressed disappointment with the level of achievement under the CARICOM Single Market and Economy (CSME) regime.

"Since the CSME was inaugurated here in Jamaica 12 years ago, we all agree that much has been accomplished. But we have not achieved as much as we should have by now," LaRocque complained.

Among the thorny issues he bemoaned is the lengthy negotiation process that accompanies major policy decisions and adoption of legal instruments, adding that more must be done post haste.

"The success of the CSME is being judged, by the public, on the basis of our implementation of the measures agreed to, that allow our citizens and businesses to benefit," the Caricom secretary general pointed out.

He was delivering remarks at the opening session of the Caricom Heads of Government 39th Regular Meeting at the Montego Bay Convention Centre, Wednesday night.

He disclosed that a special session of the Meeting will be dedicated to come up with measures to make the CARICOM Single Market and Economy more effective.

"That session will benefit from the views of a stakeholder consultation which I convened last month in Georgetown," he revealed.

Holness to Caricom: 5 years to implement CSME provisions, or else...