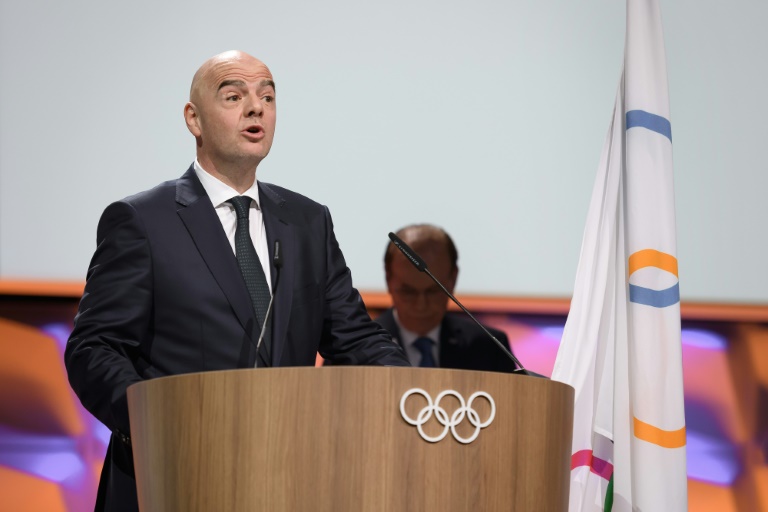 Football officials in Trinidad and Tobago have appealed a decision by FIFA to oust them less than four months after winning an election against a candidate who supported the world body.

The Caribbean islands’ football president William Wallace said Wednesday they're taking the case to the Court of Arbitration for Sport (CAS) arguing that FIFA didn't have jurisdiction to make the decision.

“I can only be removed by the operation of the T&T (football association’s) own constitution, not by FIFA,” Wallace said in a video message.

The latest turmoil in Trinidad and Tobago football follows days after more detail of alleged bribes-taking by its long-time leader Jack Warner was published by the US Department of Justice.

Warner was banned for life by FIFA in 2015, after being indicted in the United States for alleged financial corruption including taking bribes in World Cup hosting votes. He has since been fighting extradition to the US.

Wallace had been in office since November, after winning a vote of local football officials against David John-Williams, who served a single four-year term.

“I was elected on a platform of transparency and financial probity,” Wallace said Wednesday.

John-Williams was an early supporter in the Caribbean of Infantino’s first FIFA presidential election campaign and victory in February 2016.

Days before Wallace was elected, Infantino visited Trinidad and met with John-Williams at a ceremonial opening of the football body’s new headquarters which FIFA helped fund.

FIFA said last month the Trinidadian football body was “facing a very real risk of insolvency and illiquidity. Such a situation is putting at risk the organisation and development of football in the country and corrective measures need to be applied urgently.”

Shaka Hislop lashes out over FIFA's takeover of T&T football