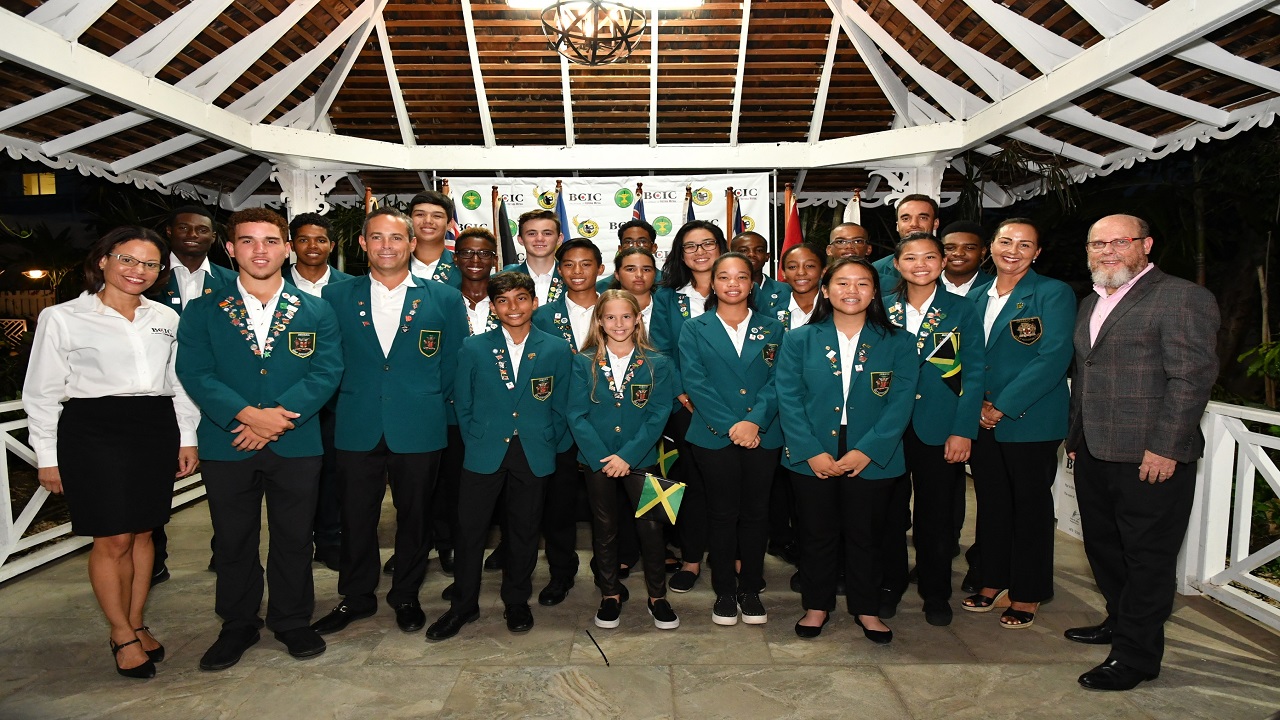 Members of Jamaica's delegation at the opening ceremony for the 2018 Caribbean Amateur Junior Golf Championship at Caymanas Golf Course on Wednesday. .

The 2018 Caribbean Amateur Junior Golf Championship is now underway at the Caymanas Golf Course with eight countries competing for supremacy.

The 54-hole championship is over three days and Jamaica is highly fancied to dethrone the 2017 champions Puerto Rico.

Peter Chin, president of the Jamaica Golf Association (JGA) is expecting Jamaica to win the championship for the first time based on the team's preparations.

Chin said that the course is in good condition following rains last week.

Coach Jason Lopez is also expecting a good showing from Jamaica although injury has affected talented young golfer in the 15 and under category, Tristan Brown.

Eduardo Figueroa, coach of defending champion Puerto Rico, was upbeat about his team's chances of extending its hold on the Hank James trophy for the 11th time. He said that after Tuesday's practice round on the course, the team was ready to take on the the other seven teams.

The championship was officially launched on Tuesday night at the Jamaica Pegasus Hotel in New Kingston.

Levy announced a number of plans to support junior golf in Jamaica.  Among the plans announced were mental coaching, prizes for performances, sponsorship of the recently installed inter-school golf championship and a main prize of a sponsored trip to a top golf destination.

Eryn Blakely, 15 and under player, was the first Jamaican to tee off on Wednesday's opening day.