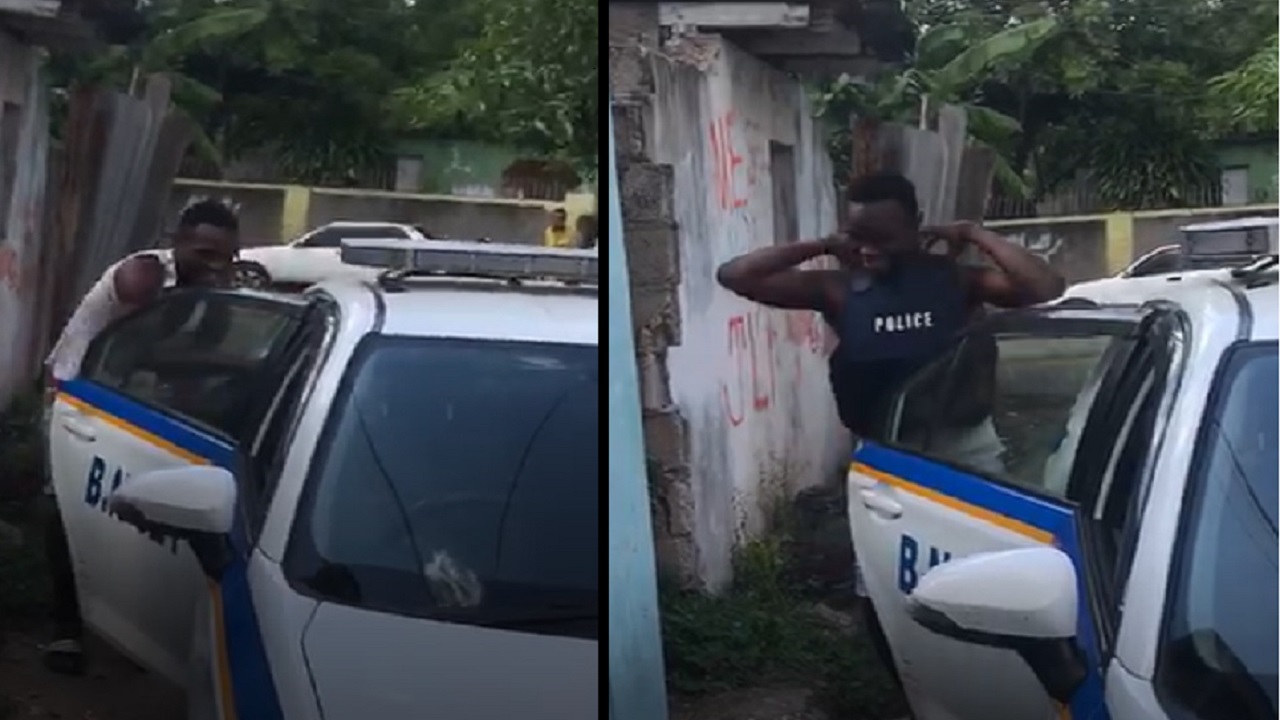 Screenshot of the video showing a male entering an unlocked police vehicle.

Senior officers of the Jamaica Constabulary Force (JCF) say they have increased the level of training of members of the force to better prepare them on how to conduct themselves in volatile communities across the country, especially with the high levels of crime being experienced in some areas.

But a recent video circulating on social media has revealed that despite the efforts, not all members of the JCF are following the instructions to them.

The video shows police personnel conducting investigations in a community (that was not identified up to press time), but failing to close the doors to the marked vehicle that is left unattended on a dirt track that has corrugated zinc fences to both side.

As a case in point, a young male who was at the location, entered the vehicle and removed one of the officers’ bulletproof vest.

To the amusement of another individual shooting the video, the young man took the time to try on the vest, as well as a police hat which was also in the police vehicle, and even returned the items without drawing the attention of the police personnel.

Security experts said the development constituted a serious police breach, as the young men could have easily stolen the property of the Government and used it while conducting criminal activities.

A senior member of the Police High Command said they are carrying out checks to verify the location where the incident took place, and the officers who were involved.

The incident is not the first of the kind to take place with police personnel.

Last year, Loop News reported that criminals managed to steal a phone from a marked police vehicle that was left unattended by police personnel in downtown Kingston.

The criminals later escaped from the area.

Also, in April 2016, a man was shot and killed on Olympic Way in the Bay Farm Road area of St Andrew after he reportedly stole a policeman's M16 rifle.

Reports were that the man took the rifle from the cop who was in a service vehicle in front of the Olympic Gardens Police Station, and fled in a public passenger bus.

The police gave chase and the man was shot and killed after he reportedly pointed the weapon at the security team that managed to corner the individual on the minibus that he had boarded.