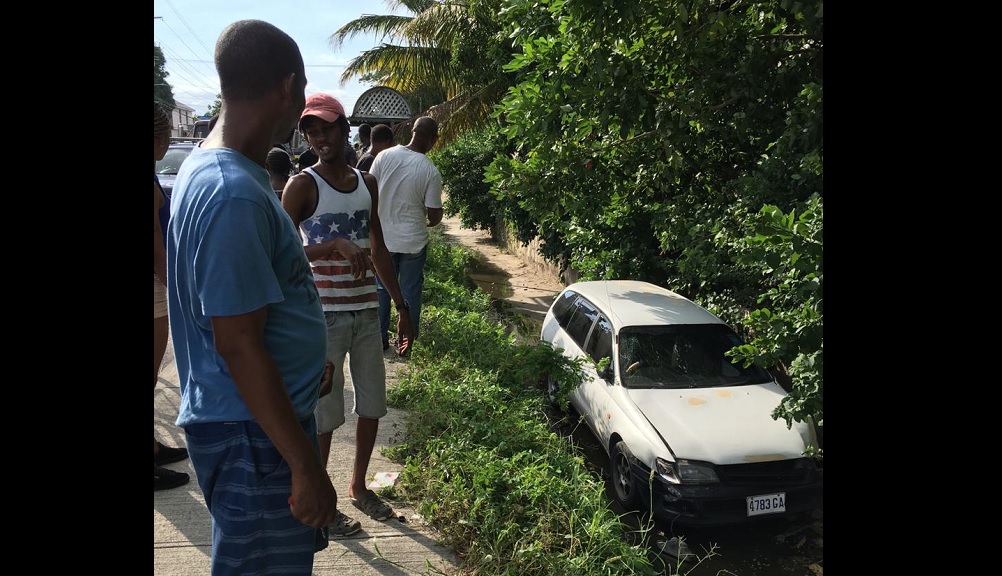 Curious onlookers at the accident scene.

Curious onlookers openly questioned how a motor car ended up inside the gully that runs alongside Passagefort Drive in Portmore, St Catherine on Sunday afternoon.

“It looks like the driver parked it so neatly down there. How could this have happened?” one man asked as he looked for an entry point into the gully. 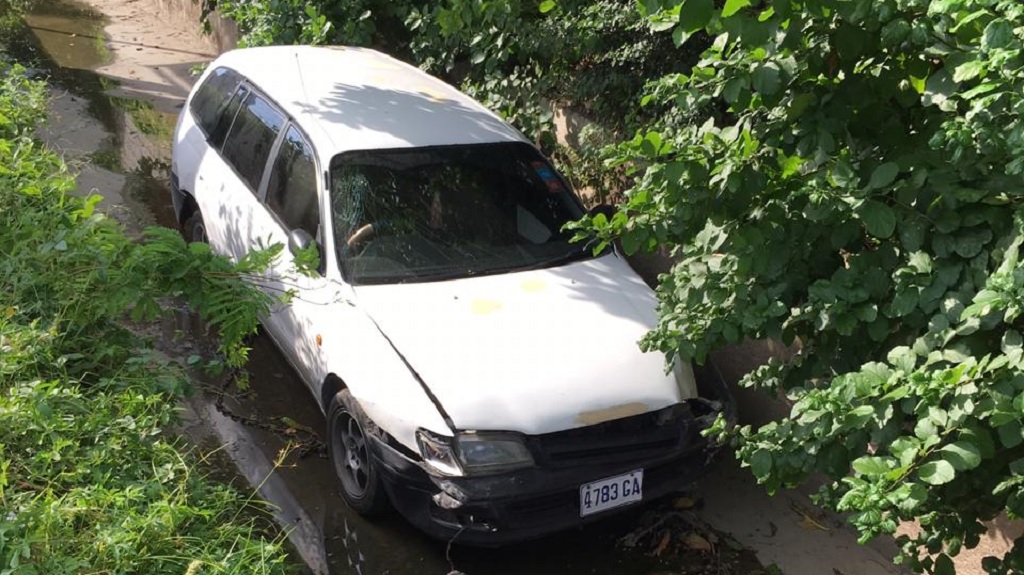 However, based on reports from persons on the scene who claimed to have witnessed the incident, the car was hit from behind by a Toyota Probox motor car in the vicinity of the busy Augusta Drive intersection with Passagefort Drive.

“The man (other driver) lick him in the back of him car and him lose control of the vehicle and end up over there,” an alleged eyewitness told Loop News.

Two wreckers arrived on the scene shortly after the incident but, up until the time our news team left the scene, the ill-fated car, which sustained damage to the back, front and windshield, was still inside the gully.