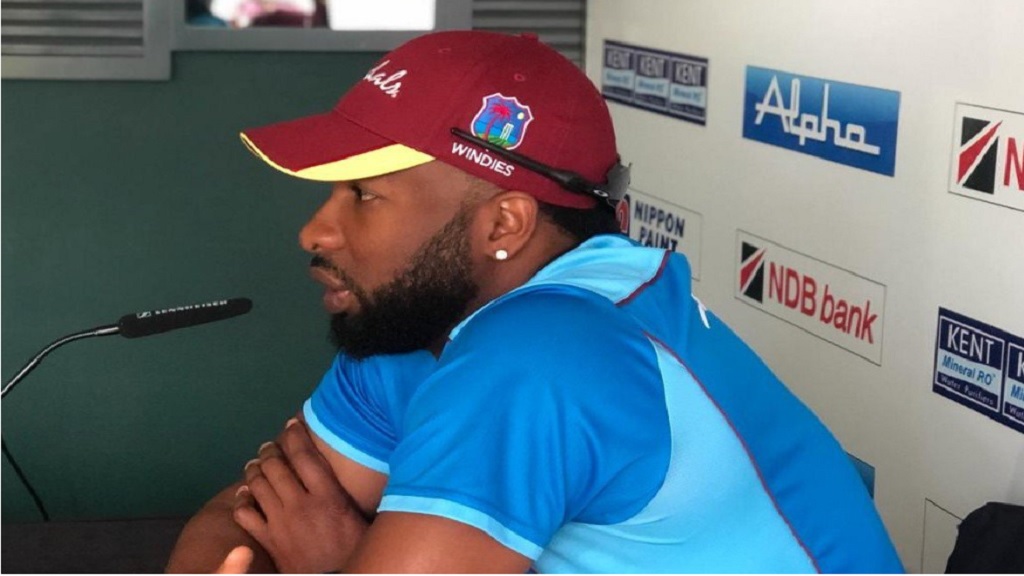 With just one point sep­a­rat­ing West In­dies and Sri Lan­ka in the ICC One-Day In­ter­na­tion­al (ODI) rank­ings, captain Kieron Pollard and his team are head­ing in­to their three-match series with expectations of winning, but equally important to continue on the recent upward path.

The skipper be­lieves his team is good enough to triumph away from home, but he will also focus on players’ improvement, team building and being able to manage and absorb pressure situations. The first encounter of the three-match rubber will be played at the Sin­halese Sports Club on Sat­ur­day. The match will start at 9:45 am (11:15 pm on Friday Jamaica time).

Overall, the two teams have played 58 times since the first encounter at the World Cup in England in 1975. In the head to head, West Indies won 28, Sri Lanka won 27 with three no results.

“We are looking forward to it. Coming out tomorrow we will look to execute what we have been doing in training. Sometimes we take a lot and look into the rankings. They are eighth and we are ninth,” Pollard said on the eve of the match.

“It’s about how you play and what you want to achieve. Both teams are in a position of rebuilding or trying to find the best way to play their ODI cricket. It’s also about who can absorb the plans and look to get it right. This will be a very good series. It will be keenly contested because that’s what the rankings ‘say’.

“For us, again, we have more details about what we have to look at. Sri Lanka has some exciting guys in their line-up. They have a young captain in their ranks. We have done our due diligence and we will look to attack (their weakness) and look to improve on our weak areas, and play to our strengths,” Pollard outlined.

It has been more than four years since the two teams locked horns in a bilateral ODI series. The last time they met was at the ICC Cricket World Cup last July in England. On that occasion, it marked the stupendous emergence of Nicholas Pooran, with a magnificent maiden international century. Since then the 24-year-old left-hander has blossomed and his record now makes for impressive reading with 840 runs in 20 innings at an average of over 52 and strike rate over 110.

West Indies have a lot of confidence in the world. More than the comprehensive series victory against Ireland at home last month, what provides the great belief was the ultra-positive approach and fearless body language against India in the subcontinent December. This came after the clean sweep against Afghanistan in November.

“When we were in India we took everything in stride. Again, when you look at the rankings, West Indies being the Number 9 team and they being the Number 1 team, at the time who think what the ranking points really mean. Again, it’s the way you want to play the cricket the way you want your team to develop and progress…. the consistency of what you want to do and how bad you want success,” said Pollard who is preparing for his 111th ODI appearance.

“The mettle the guys showed in India gave us that blueprint as to how we really want to and need to play going forward against whatever team we play against. We have that set and it’s just a matter of ticking boxes when we do well we reward the guys and when we don’t do well, where we need to improve and consistently keep moving forward."