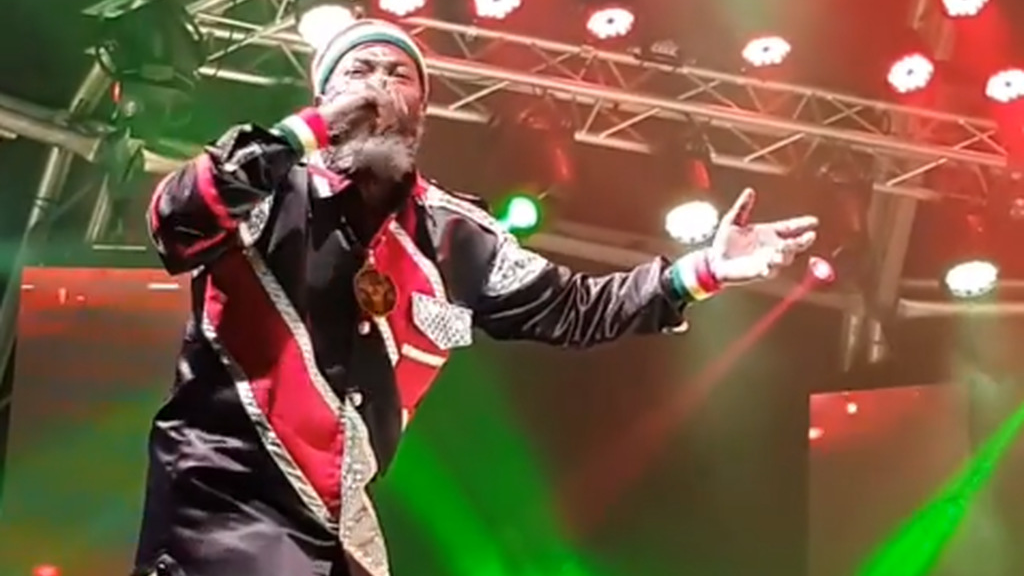 Embattled dancehall entertainer Capleton condemned rapists, among a number of other ills, in the early hours of Sunday morning as he performed at the Magnum Inferno concert held in Jean Pierre Complex in Trinidad & Tobago.

During his eagerly anticipated performance, the fireman, as he is known, told the audience to "dash fire" at a number of ills plaguing society including rapists.

Capleton is currently on $250,000 bail after he was charged with the rape of a hairdresser in a Jamaican hotel. He maintains his innocence, claiming that this is a case of extortion.

The charge didn't put a damper on the reception he got from the crowd. Backstage, he happily took photos with many fans and on stage, he enjoyed the interaction with the diehards singing songs such as 'Raggy Road', 'Stand Tall' and 'Who I Am' word for word.

He declined to do any interviews following his performance.

Capleton was the third act in a show featuring some of the biggest names in reggae and dancehall including Barrington Levy, Sizzla Kalonji and Busy Signal.

Levy opened the show around 11 pm singing his many hits among them 'Be Strong', 'Here I Come' and 'Live Dangerously'.

He also debuted a new song, 'Virus', the first single off his upcoming album. The song speaks about spreading love which, he said, is needed throughout the Caribbean grappling with rising crime.

He told Loop he will be shooting the video for the song soon.

Sizzla was his usual energetic self but his performance was plagued by technical difficulties with the sound system, which he complained about.

Still, he delivered some of his hit from his vast repertoire, among them 'Praise ye Jah', 'Holding Firm', 'Azanldo', 'Thank you Mama' and 'Guide Over Us'.

Accompanying Sizzla on stage was Orlando Octave who has toured with the reggae singer and did a freestyle along with Dawg E Slaughter and Screws.

Busy Signal closed the show with his slew of hits.

Praising Trinidad and Tobago for providing a world-class stage and sound, better than many places he has performed, Busy performed to tracks delivering songs such as 'Dreams of Brighter Days', 'One More Night', 'Bedroom Bully' and 'Wine Pon the Edge'.  He ended the show abruptly after he sang 'Stay So' due to police shutting down the show at 3 am.