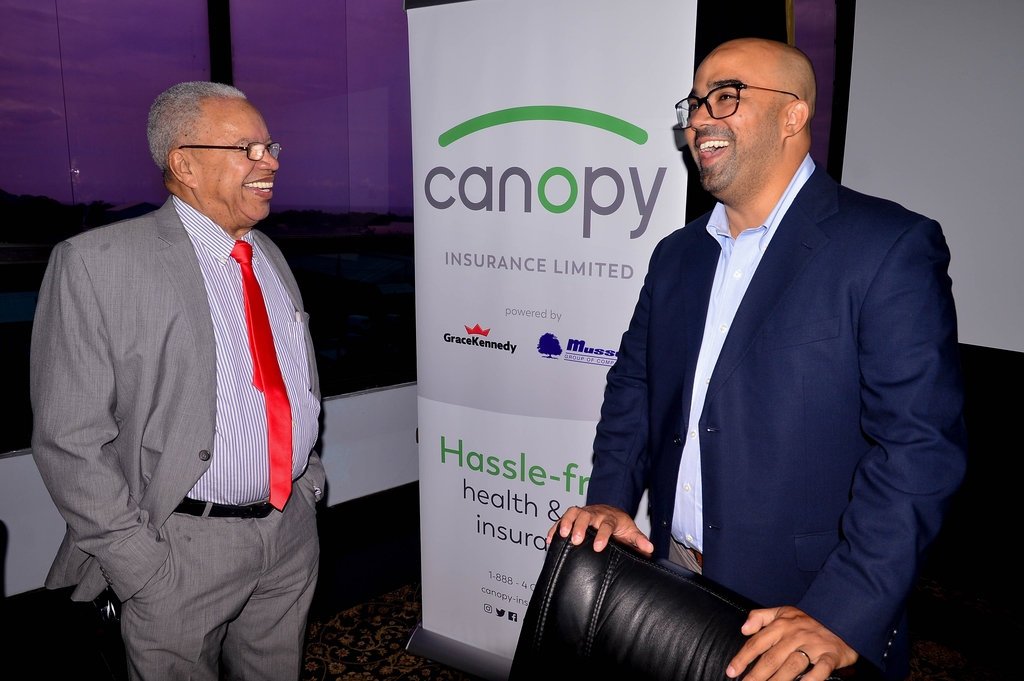 Two weeks ago, GraceKennedy and the Musson Group announced a partnership that will see the two companies collaborating to enter the group health and life insurance market under the name Canopy Insurance Limited.

Canopy will commence formal operations in the second half of 2019, fully equipped with PAS.

With the official start of the partnership between Canopy and AIS, the new insurance company has begun to recruit medical professionals to join its network.

Sean Scott, the CEO of Canopy Insurance said: “Canopy aims to deliver a hassle-free health insurance experience at every point of contact.   This starts with making the claims process as frictionless as possible for the medical community.   We chose AIS to ensure that Canopy claims would be seamlessly integrated into the medical community’s existing workflow, without the need for additional expenditure or new processes to learn”

According to Douglas Halsall Chairman of AIS, Jamaica is ahead of most countries, including the US when it comes to online real-time insurance adjudication.

“Years ago we examined the market and realized the difficulties evident in the continued use of paper claims. When mostly paper claims were used, there was no way of telling whether a patient has exhausted his/her insurance benefits. To fix the inefficiencies, we began the process of digitizing the health insurance industry allowing providers to submit claims online in real time, improving efficiency for the health insurance companies and Providers and increasing access for patients. So we started on the Provider Access System (PAS),” Halsall explained. 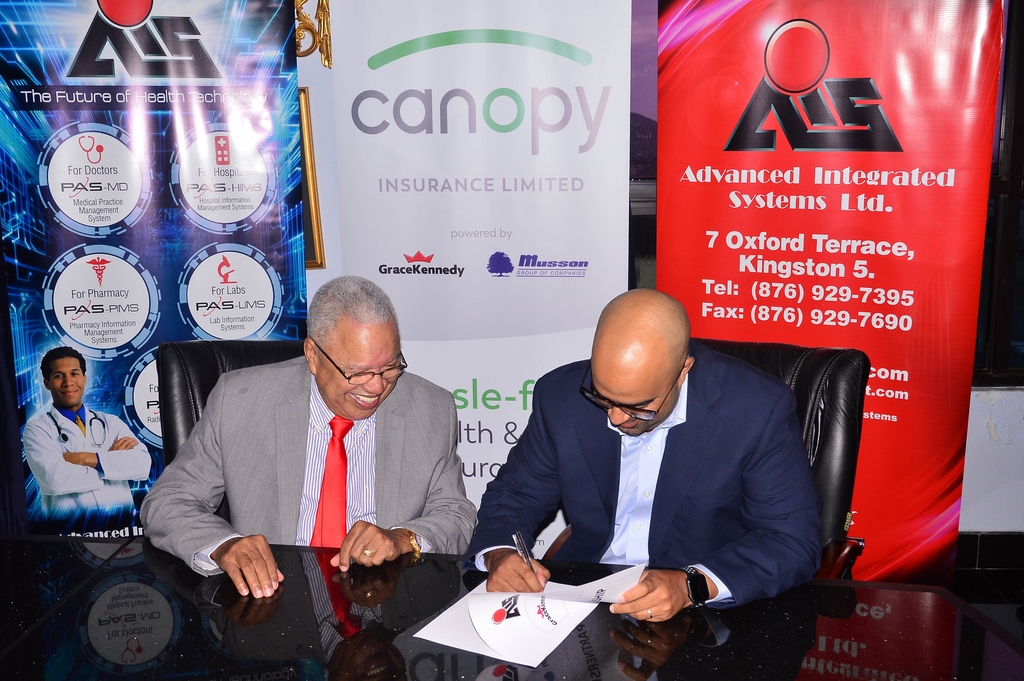 PAS is a flexible online, real-time, one-of-a-kind Health Benefit Management and Provider Claims Settlement System. The system is simple, but robust, with all the sophistication in the backend.

The software is user-friendly. The health cloud is available 24/7/365 with offshore disaster recovery and almost no downtime over 16 years. Additionally, data is secure and Payment Card Industry (PCI) compliant.

The provider – doctor, dentist, ophthalmologist, radiologist/lab, hospital etc - simply installs the software, a swipe device for the health cards and a printer for receipts and claims can be adjudicated in real time with payments guaranteed.

The system gives an immediate response ensuring that the Provider benefits by always accessing his/her payments.

“Today we can proudly say that we have nearly 4,000 providers including, doctors, dentists, pharmacies and labs who use this system to process insurance claims. In fact, most of our clients have also had good things to say about us and refer others to use our system,” he added.

The National Health Fund has been using PAS as part of its benefits programme since its inception more than 15 years ago.

The former Chief Executive Officer, Hugh Lawson has said “PAS is characterized by its intuitiveness and consequent ease of use for all stakeholders, while at the same time giving us an uncompromised audit trail that starts with a mandatory swipe card. This minimizes the abuse to which such systems are typically subjected.”

US-based insurance consultant, Larry Thompson did a comparative analysis of PAS and the US systems.  He stated that the process being used in Jamaica is far more efficient and cost-effective.

Thompson opined that Jamaica’s health insurance adjudication system is “more timely, reasonable & efficient than any such service offered in the US.

“At roughly 50 per cent of what providers pay to the bank for Credit Card processing fees and less than charges in the USA with more guarantees, it’s a win for all stakeholders - patients, carriers and providers,” he added.

The AIS online real-time insurance adjudication system has been in use by major insurance companies in Jamaica since 2000.

Locally the PAS has already been implemented by Guardian Insurance and Sagicor in the daily execution of its claims processing.