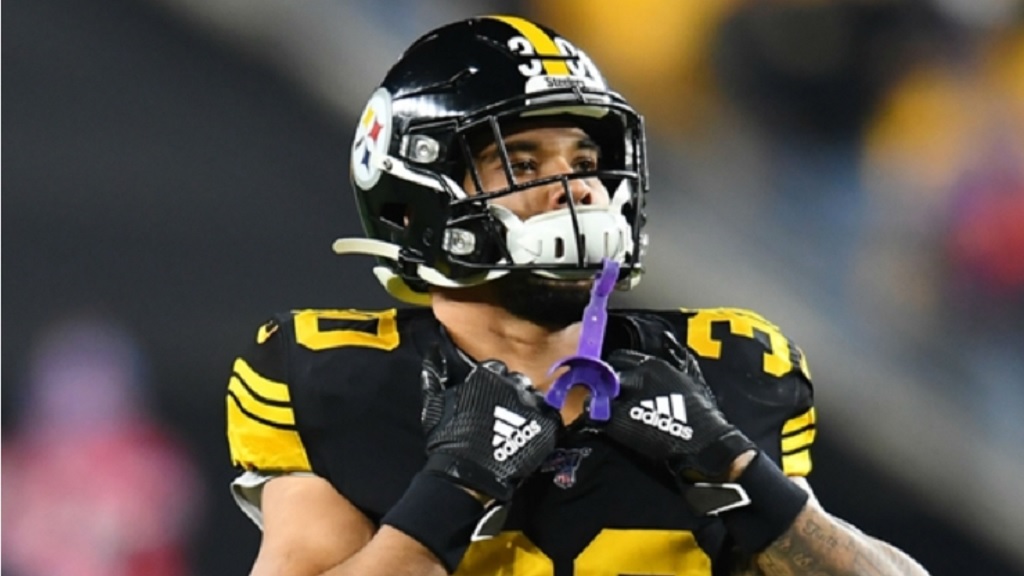 Pittsburgh Steelers running back James Conner is unconcerned about returning to an NFL field, even though he may be more at risk of contracting coronavirus because of his cancer treatment.

Conner, who was drafted by the Steelers in 2017, was diagnosed with Hodgkin lymphoma five years ago and overcame the disease in May 2016 after six months of chemotherapy.

That illness and the following treatment would have weakened Conner's immune system, potentially putting him at more risk of suffering complications from COVID-19 should he get it.

The medical director of the NFL Players Association has suggested there could be extra precautions for those with pre-existing conditions, such as different helmets and masks, yet Conner has no fears about stepping back onto the field when the NFL regular season begins in September.

"I had a weak immune system four years ago. It's not weak anymore, thank God. I'm okay. I'm young and healthy. I went through what I went through.

"I'm not concerned, me personally. We're going to play it safe, of course. I'm not going to ignore it or anything like that. But as far as me being scared or anything like that or trying to take extra, extra precautions because of my health history, that was four years ago. My body's healed.

"I think when we follow our health protocol and guidelines, I'll be just fine.

"I don't want to downplay it and have people think I don't think it's an issue or anything like that.

"I just believe that we're just going to be doing what we're doing, and our bodies are meant to go through things and overcome it and get immune to things such as that. I hope everybody stays safe, but I'm not too concerned."

Having made the Pro Bowl in 2018 - his first year as a starter in Pittsburgh - Conner struggled during an injury-hit 2019 and rushed for only 464 yards in 10 games.

However, he cannot be accused of not putting in the work this offseason, with one photo he uploaded onto social media showing his bulging back muscles.

"Nah man, it's just the angle. I ain't been working out," he joked.

"Honestly, a lot of people commented on it saying, 'I'm gonna be stiff', and all this.

"No, I'm a professional and I know how to work out. It's partially genetics, but I've also been putting a lot of work into the weight room. And it's also just the way I flexed it.

"So it was nothing. There's a lot of people look like that."

Brady exits NFL playoffs with loss, but has no intention to retire