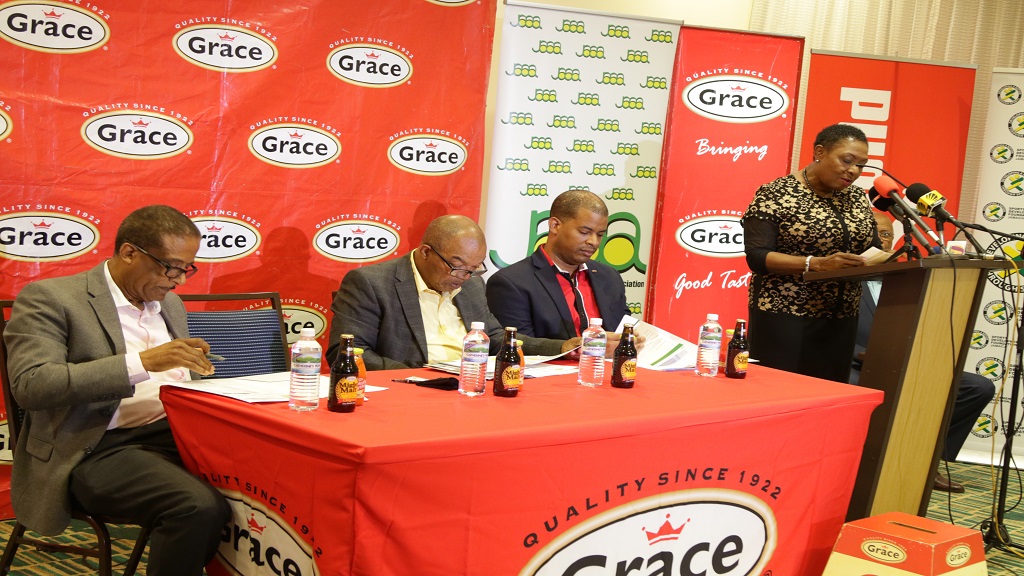 A Canadian investor has indicated readiness to build an ice rink for Jamaica’s ice hockey team on the country’s north coast, as part of a package that includes the construction of an eight hundred room boutique hotel.

That’s according to the Minister of Sport, Olivia Grange.

The Minister made the disclosure on Wednesday as she addressed a Jamaica Athletics Administrative Association function in New Kingston where Jamaica’s team to the IAAF World Championships in Doha, Qatar was named.

An ice rink is a frozen body of water and/or hardened chemicals where people can ice skate or play winter sports.

Since then, she said, “potential sponsors and sports goods manufacturers are now very excited about giving the team support.”

“Serious investors are standing by with plans to establish an ice rink, along with a bobsleigh practice track and an eight hundred room boutique hotel on Jamaica’s north coast.

“I will not say at this time exactly where on the north coast but this is real,” Grange said.

While promising to provide the details in another forum at another time, Grange disclosed that the ice rink will facilitate both tournament and pre-season training.

“The investors who are from Canada, are raring to go and are ready right now to sign a memorandum of understanding to get the activity going and will be visiting Jamaica shortly,” she disclosed.

The Minister noted that for the hockey team to qualify for international competitions, in particular for the Olympics, “we have to have an ice rink in Jamaica and that is why we are moving speedily to put that in place.”

Jamaica became a member of the International Ice Hockey Federation in May, 2012.

“We were the first Caribbean nation to accomplish this but, in order to compete at the Winter Olympics we must have full inclusion from the international federation,” said Grange.

“A splendid display in which you created history,” Grange said following the team’s victory on Sunday.

She added: “Jamaica continues to show the rest of the world how good we can be in sports which are not traditional to us and I really want our senior men’s ice hockey team to know how proud we are of what they have accomplished on the ice.”

Grange said the Jamaica Ice Hockey Federation must also be highly commended for the fine showing of the team.

The Latam Cup is a tournament mostly featuring teams from Central and South America. The other teams in the 2019 edition were Venezuela, Mexico, Chile, Brazil, and Argentina.

Jamaica's team - which also beat the likes of Argentina, Brazil, and Mexico in the lead up to the Latam Cup finals - is mostly comprised of players of Jamaican lineage who live and play in North America.

It's not the first time that the tropical island, which doesn't have an ice rink, was creating waves in a winter sport. The country is famed for featuring bobsleigh team in the 1988 Winter Olympics, a feat which inspired the cult classic 'Cool Runnings' movie.