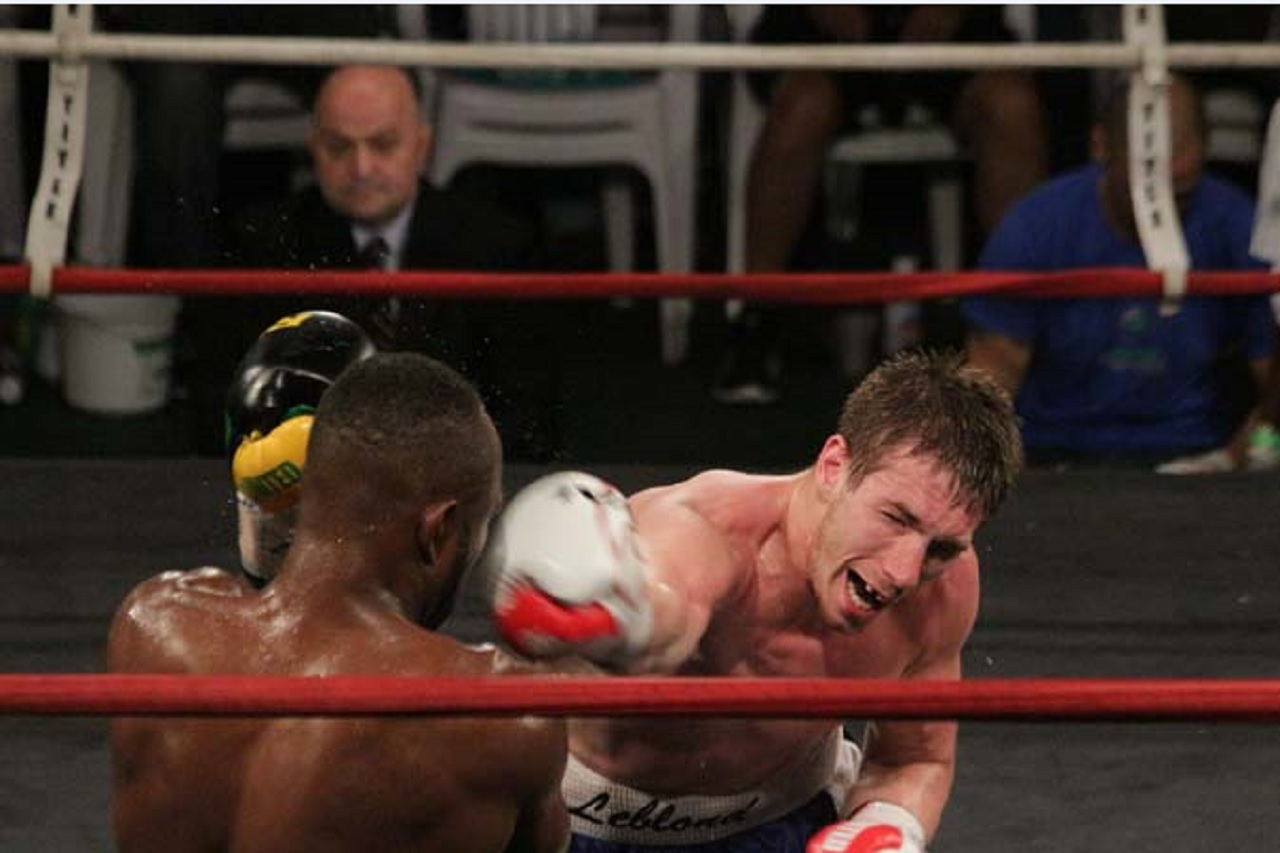 Canadian Dave Leblond (right) in action against Jamaican Tsetsi Davis on April 19 at the Chinese Benevolent Association. Davis was declared the winner on a split decision.

Canadian Dave Leblond will get a second chance in the 2017 Wray and Nephew Contender Boxing Series on Wednesday night as he is scheduled to face Jamaican Nico Yeyo  over five rounds in the sixth bout of the preliminary round at the Chinese Benevolent Association, starting at 9:30 pm.

Leblond lost to Jamaican Tsetsi Davis on a split decision earlier in the series, which the crowd at the venue was dissatisfied with, and voiced their disapproval by booing.

Leblond appealed that decision, which the judges upheld, but the opportunity to redeem himself came up when his countryman Ryan Wagner pulled out, after reportedly failing a medical test.

Leblond, showed in the fight against Davis that he has guts as well as some punching power and will be dangerous for Yeyo, who will be making his professional debut, after 25 amateur fights. Leblond's professional record is one win and one loss.

The preliminary round comprises eight fights over five rounds each and four more over the same distance in the quarter finals to be followed by two semi-finals over seven rounds, and then the grand final, which will be over 10 rounds.