Canada and Martinique ready to kick off 2019 Concacaf Gold Cup 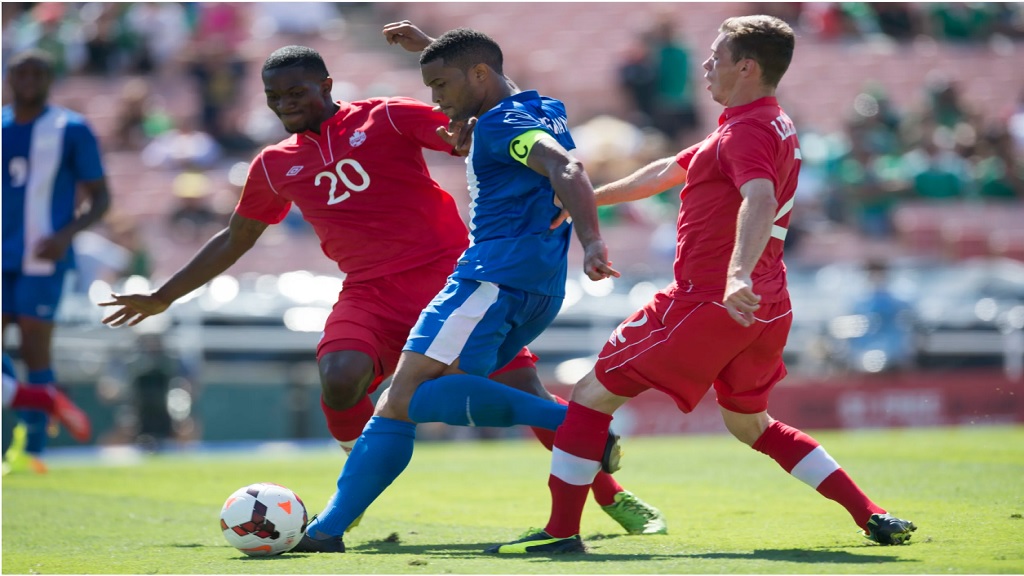 Martinique´s Kevin Parsemain seek to shoot against canadian Doneil Henry and Nick Ledgerwood in a match of the Group A of the Concacaf Gold Cup on July 7, 2013, at the Rose Bowl in Pasadena, California, USA.

The 2019 Concacaf Gold Cup kicks off on Saturday with an interesting battle in Group A between Canada and Martinique at the Rose Bowl in Pasadena, California.

The two teams arrive into the contest fresh off a successful 2018-19 Concacaf Nations League Qualifying campaign in which they both took collected victories in each of their four matches.

Saturday’s clash marks the fourth Gold Cup contest between the two sides, with Martinique taking the three points in their last meeting, a 1-0 win in Group A in the 2013 Gold Cup, also played at Pasadena’s Rose Bowl.

Martinique will be led by dangerman Kevin Parsemain, who took the Gold Cup by storm two years ago in the 2017 edition when he scored three goals in the group stage.

Meanwhile, there is plenty of young talent on the Canadian side, led by Bayern Munich man Alphonso Davies, who served up four assists during Concacaf Nations League Qualifying.

Canada are appearing in their 14thGold Cup, while Martinique will take the field in the Gold Cup for the sixth time in their history.

The 2019 Concacaf Gold Cup is scheduled for June 15 to July 7. The bi-annual tournament will primarily be hosted in the United States, with Costa Rica and Jamaica also hosting doubleheaders in the first round of matches in groups B and C, respectively.