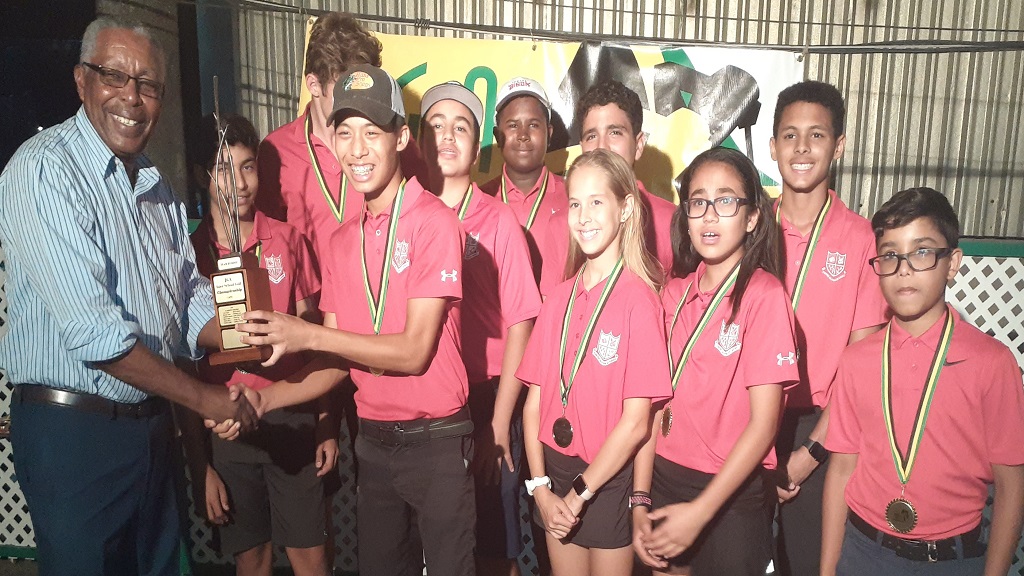 The four-round competition was held at the Constant Spring Golf Club in Kingston using a two-man scramble format with each team playing nine holes per round.

Campion College won the previous two years of the competition, which was expanded to include the Prep School section this year.  Hillel won the Prep Scool section.

Lowe credited the success of Campion College over the years to the number of national players on the team.

He said, "Campion is blessed to have many national players on our side. We train as a group and we train individually to reach the maximum potential of each individual player."

Reid said, "It's been a great four weeks and I am thrilled with the turnout."

"For the high school kids, some of them are getting ready for trials in two weeks so it's huge for them as every time they can get to go on the course and play, it is just helping them toward their bigger goal," Reid further stated.

In the Prep School section, Hillel won three of the four rounds to end with 15 points, three ahead of second-place Reach Academy (12 points), which won one round and placed second in the other three rounds.