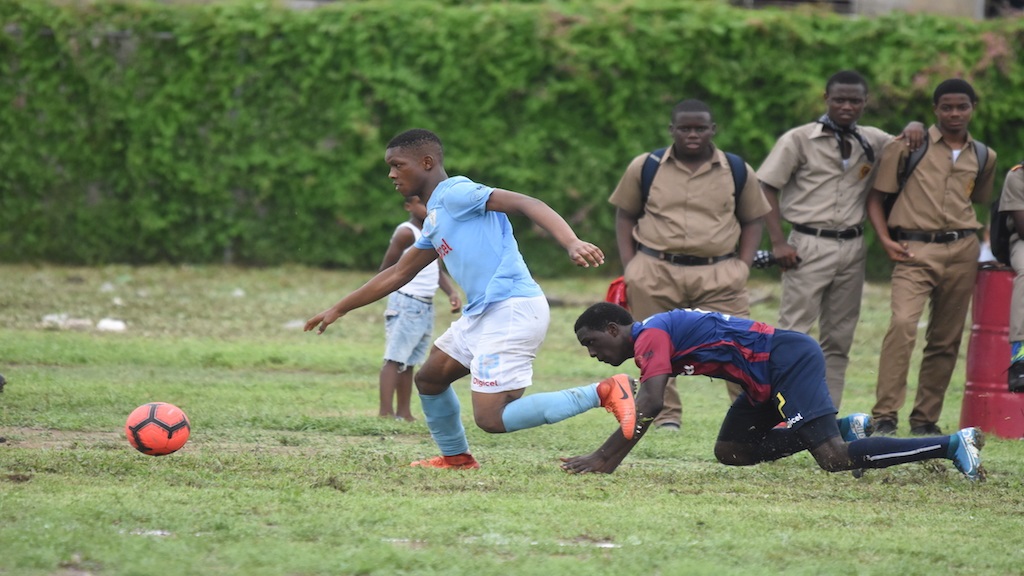 Camperdown High virtually assured themselves winners of Group D of the 2019 ISSA/Digicel Manning Cup with a 5-1 away victory against Meadowbrook High in their return leg fixture at Michigan Avenue on Saturday.

Camperdown won 10-0 when the teams met earlier in the season.

With the victory on Saturday, the 1978, 1979 and 1982 champions stretched their perfect record to nine straight victories for maximum 27 points in Group D, a 13-point lead over second-place Mona High, which have played a game less.

Third-place Hydel High, the only team that stands a chance of overtaking Camperdown providing that the leaders lost their remaining three games, defeated the visiting Tivoli High 4-1 to move to 10 points from six games.

Hydel can finish the round with 28 points if they take all available 18 points from their remaining six games.

In the other Group D game, fifth-place Edith Dalton High were held to a 1-1 draw at bottom-placed St Mary’s College.

Meanwhile, four other teams have qualified for the second round of the ISSA/Wata daCosta Cup. Those teams are Anchovy High (Zone A), Rusea’s High (Zone B) and Garvey Maceo High and Denbigh High from Zone M.

The victory pushed Anchovy High to 20 points from nine games, a three-point lead over second-place Cornwall College.  Third-place Green Pond defeated St James 1-0 at Jarrett Park to move to 16 points and with one game to go cannot finish ahead of Anchovy, which means the zone leader will finish in the top two.

Rusea’s High defeated the visiting Frome Technical 3-1 in a top-of-the-table to confirm their second-round spot.

With the victory, Rusea’s High moved 12 points to join Frome Technical (18 points) as Zone B qualifiers. Third-place Green Islands and fourth-place Hopewell battled to a 1-1 draw.

Garvey Maceo and Denbigh High confirmed their spots in the second round courtesy victories over Glenmuir High and Bellefield High respectively.

With one set of games remaining in the zone, third-place Bellefield and fourth-place Glenmuir, which are both on four points, will not be able to finish ahead of the top two teams.