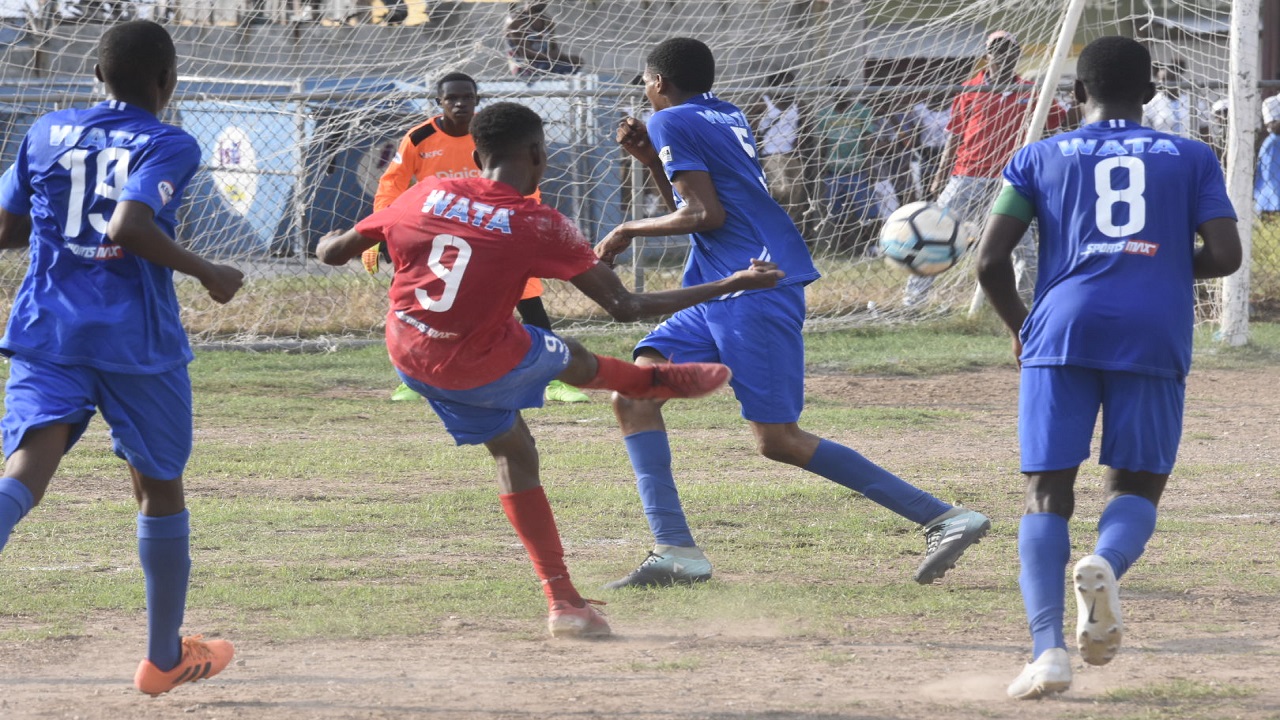 Camperdown High and Wolmer's Boys both  ticked off their third victory from three games on match day four of the ISSA/Digicel Manning Cup football competition on Friday.

Over at Norman Manley High, Camperdown held a slight advantage for most of the first half, but had to wait until three minutes into the second stanza before Shawn Daley gave them the lead, with captain Shaqueil Bradford scoring their second in the 53rd minute.

The victory moves Camperdown top of Group C with maximum nine points, three ahead of second-place Charlie Smith High, which suffered a 1-0 defeat at Eltham High after entering the day leading courtesy of goal difference.

After failing to make meaningful ball possession count in the first half, a defensive error finally allowed Camperdown to take the lead, when Daley capitalised to fire past goalkeeper Kenneth Gordon.

Camperdown continued to dictate the pace and doubled their lead when Bradford's tame shot from about 25-yard out, was parried into the net by Gordon.

Camperdown took control of the match afterwards but failed to make  it count with goals.

Their dominance limited Norman Manley to counter, but even that fizzled as Camperdown would win possession of the ball quickly and return to their stomping ground inside their opponents' half.

Over at Edith Dalton James, Wolmer's Boys turned up in dominant form and their 4-0 victory moved them to maximum nine points but they still remain second in Group G.

Holy Trinity kept their place at the top with a 3-1 victory over Pembroke Hall at Bell/Chung Oval to move to nine points and leading Wolmer's Boys by goal difference.

The competition continues on Saturday with 11 games across four groups.