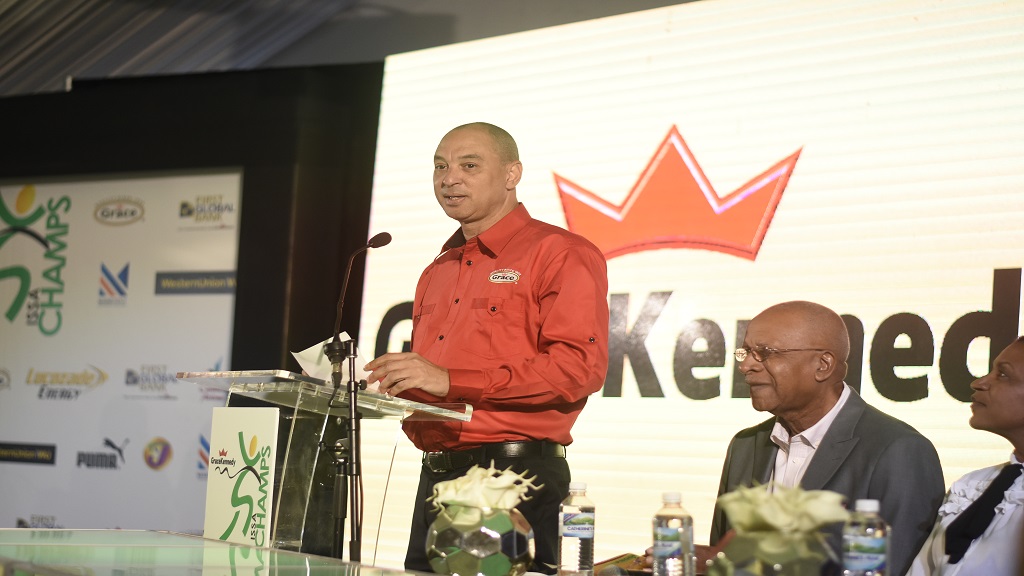 Schools across the island will have the benefit of a key piece of life-saving medical equipment.

This was announced by Don Wehby, Group Chief Executive Officer of GraceKennedy Limited on Wednesday at the ISSA/GraceKennedy Boys' and Girls' Championships 2019 media launch at the Spanish Court Hotel.

Wehby said that his company will donate five defibrillators to schools.

"I am announcing today that GraceKennedy will purchase a minimum of five defibrillators to be administered to schools across Jamaica," said Wehby.

A defibrillator delivers a dose of electric current (often called a countershock) to the heart.

Wehby said his company made the decision to purchase defibrillators for schools after learning that the equipment was used to save the life of Kemoy Campbell, a Jamaican Olympian and professional distance runner.

Campbell was acting as a pace-setter for the men's 3,000m at the Millrose Games in New York City on February 9 when he collapsed around the 1,000m mark.

The 28-year-old Campbell was reportedly unconscious for a few minutes before emergency responders arrived and used a defibrillator to revive him.

The Jamaican was taken off the track on a stretcher and carried to New York-Presbyterian/Columbia University Irving Medical Center, where he was sedated and underwent testing.

Campbell was released from the hospital on February 26 more than two weeks after collapsing.