Campbell Brown 'humbled' by statue unveiled in her honour 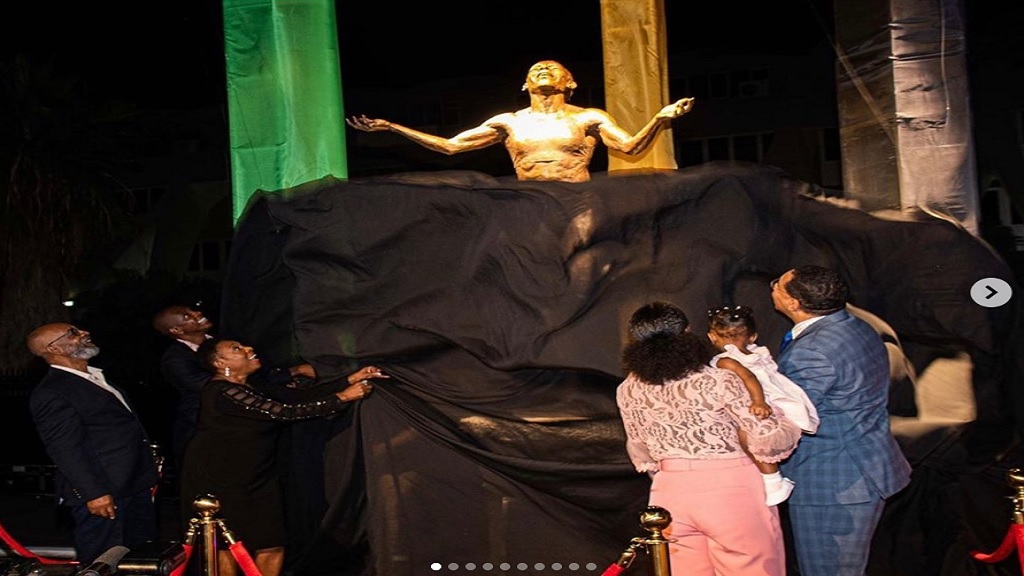 Sprinting great, Veronica Campbell Brown, on Sunday became the latest Jamaican track and field star to have a statute unveiled in her honour at Independence Park at Jamaica’s National Stadium in Kingston.

The life-sized statue which was sculpted by the renowned Basil Watson stands next to a statue of Campbell Brown’s idol, the legendary Merlene Ottey.

The former Vere Technical standout was joined by her husband Omar Brown, daughter Avianna and other family members as well as students of her alma mater at the unveiling ceremony.

Unveiling of the statue of Veronica Campbell Brown

Among the dignitaries in attendance were Prime Minister Andrew Holness, Sports Minister Olivia Grange and the sculptor himself, Basil Watson.

Affectionately called VCB, Campbell Brown’s humility was on full display as she took time out to honour Ottey.

“I am extremely grateful and honoured to have this statue unveiled in my honour.

“To be remembered and commemorated for my contribution to Jamaica’s rich history in this unique way is an absolute ­blessing and a gesture that I greatly ­appreciate,” she said.

“Merlene is such an awesome person. I really admire her. I’m just grateful to be among Jamaica’s rich history and persons like her have set the pace for all of us who came after her. So I’m grateful to be here among these great athletes,” Campbell Brown added. 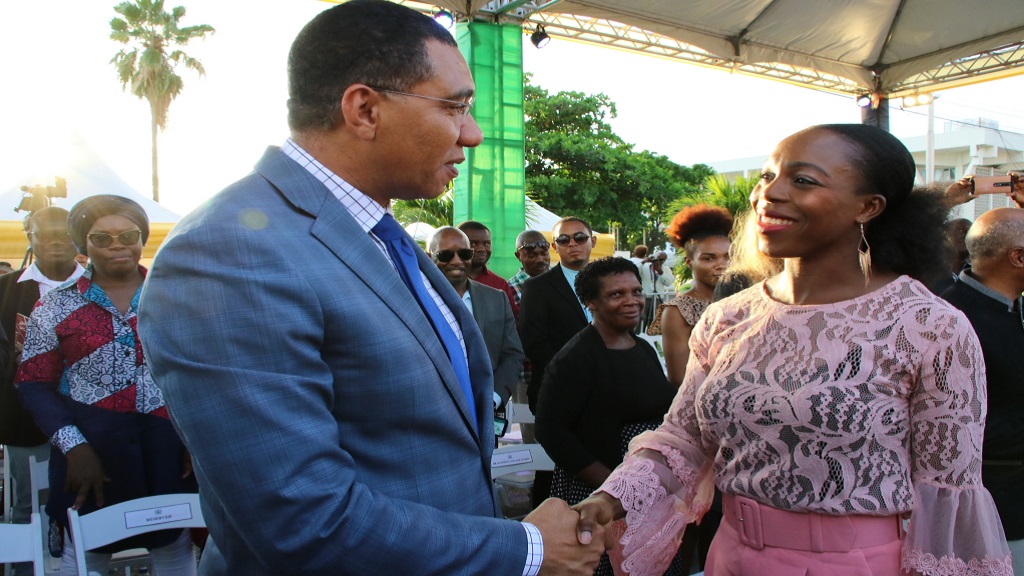 Prime Minister Andrew Holness, who gave the keynote address, said: “We recognise in our athletes' victories the triumph of our people; we revel in the fact that these stories of outstanding achievements are for the rest of us the inspiration we need as we play our part in advancing the prosperity of our people.”

He added: "Moments like these form part of the platform for us to engage with each other and commit to the transformation of our country. It is proof that there is nothing we cannot overcome once we set our minds to it and work assiduously in unison.

“The story of VCB is not of one being born with any gold spoon or ease of passage or anything that would guarantee success.

“The story of VCB is like the story of our forbears, one of endless devotion to duty and calling, hour upon hour of the kind of regiment and sacrifice that underscores the success in the field.”

For her part, Grange noted the recognition Jamaica has received because of the achievements of its athletes.

“Sport is one of the areas in which our country has demonstrated its global prowess and gained competitive advantage,” she said.

“It is about the persistence of men and women who were undaunted by the dazzling glare of international competition. It was about men and women for whom the representation of country and family, and the dream of global recognition were the motivating factors for the unleashing of energy that would propel them to glory.”

Campbell Brown is arguably one of the all-time greats of track and field.

She dominated as a junior and excelled as a senior. During a career spanning more than two decades, the 37-year-old has won a combined 19 medals at the Olympics and World Championships.  She won three gold medals at the Olympics including back-to-back wins in the 200 metres at the 2004 Athens and 2008 Beijing Olympics.

A statue of former 100-metre world record holder, Asafa Powell, has been commissioned by the Ministry of Sport.