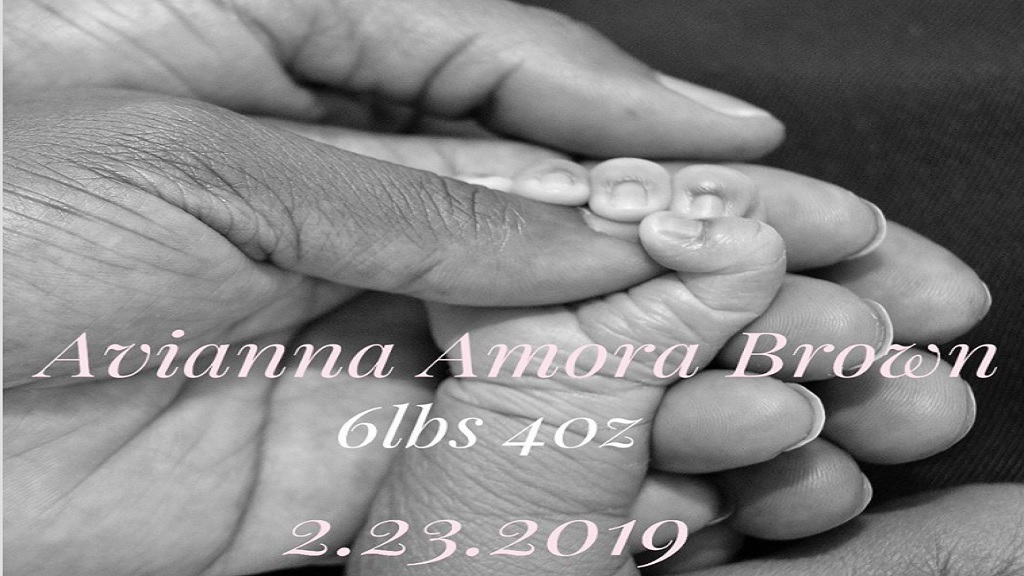 The image, which was released by Veronica Campbell-Brown on Instagram of baby Avianna Amora Brown holding her thumb.

Jamaican sprint star Veronica Campbell-Brown has announced the birth of her first child.

The 36-year-old made the announcement on her Instagram page on Friday. The post was accompanied by a photo of the baby's left hand holding the thumb of the 2004 and 2008 Olympic 200m champion.

"Thank you Jesus for blessing us with this precious gift," Campbell-Brown posted.

The revelation of the birth of the child came almost two months after Campbell-Brown revealed via Instagram that she and and her husband Omar Brown are expecting their first child.

"Our lives will soon change forever. We look forward to parenthood and all the joys and challenges that come with it. We pray for strength and wisdom to be the best parents possible," Campbell-Brown wrote then in a post that included a photograph of herself showing off her growing baby bump while her husband kisses her on the forehead.

Campbell-Brown had also hinted that she may retire as she focuses on her family.

Campbell-Brown, affectionately called 'VCB', is a seven-time Olympic medallist and the second woman in history to win two consecutive Olympic 200m events and one of only nine athletes to win world championships at the youth, junior and senior level of an athletic event.