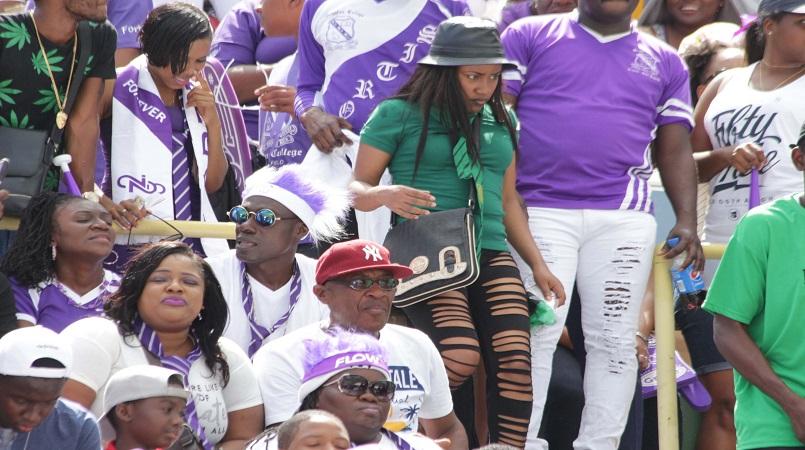 Calabar's victory at the Boys' and Girls' Championships on Saturday poured out a mix of emotions from fans.

It left the Kingston College supporters stunned into silence, with zombie-like stares on their faces while Calabar's fans reacted by jumping and screaming ecstatically.

Calabar had defied pundits about losing to their bitter rivals, Kingston College, and at the start of the final race of the event, the Open boys' 4x400 metres, were behind by just four points, although experts had predicted that they would have lost by 30 or more points.
Kingston College needed only to finish second in that race to win the Mortimer Geddes title, but while Calabar led from start to finish, they continued to falter throughout to end up fifth. It meant that Calabar won Champs by three points and their sixth straight title and 27th overall.
It shocked Kingston College's supporters, as they were confident of winning their 32nd title and their first since 2009.
The KC section of the bleachers was immobilised by shock, failing to leave their seats for a long time as they stared into space, struggling to come to the realisation of what had just transpired.
Eventually, it sunk in and they trudged dejectedly out the stadium, while Calabar's athletes and officials celebrated on the track and their fans in the stands.