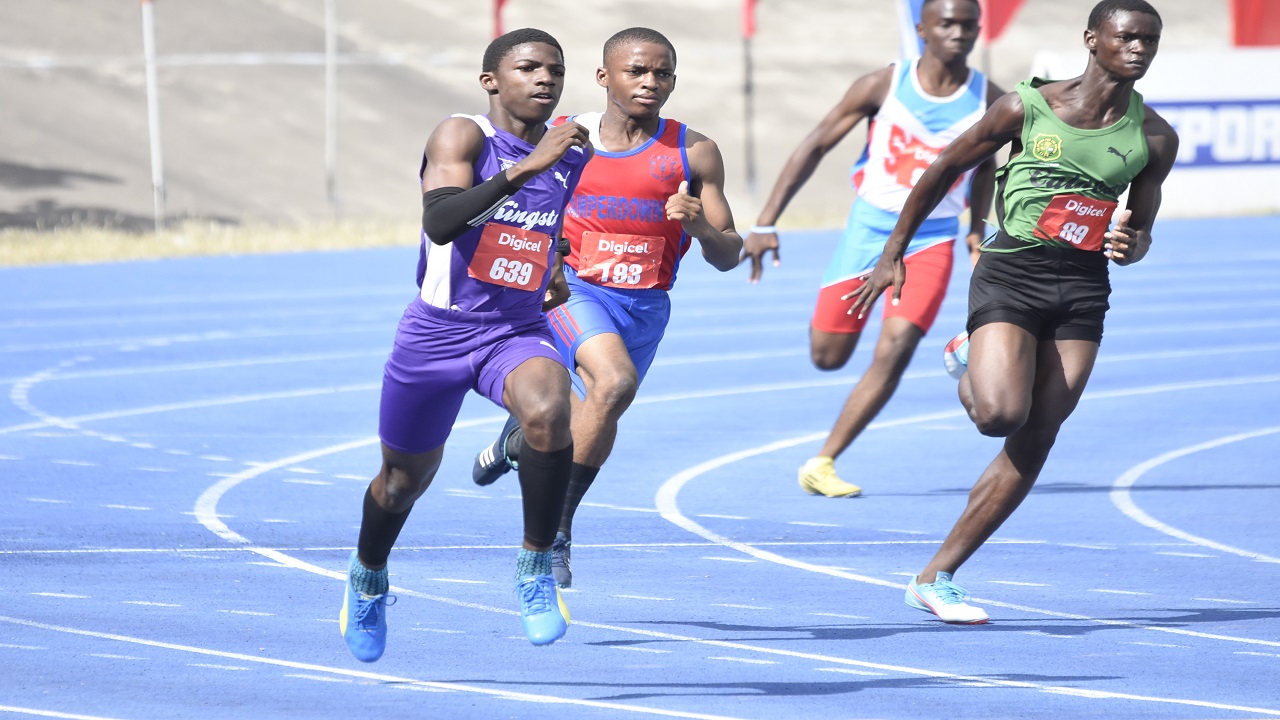 Calabar High and Excelsior High are highly favoured to win the boys and girls' titles at the 2018 Corporate Area Championships, the second regional meet of the Digicel Grand Prix Series, following day one action of the two-day event at the National Stadium on Thursday.

The Red Hills Road-based Calabar High ended the day on 72 points, a six-point lead over second-place and defending champions Kingston College (KC) in the boys' team score after five finals.

In the girls' section, Excelsior High finished on 110 points, leading second-place and defending champions Wolmer's (61 points) by 49 points after 10 finals.

Of the five boys' finals, Calabar secured three victories, among them two new records in the Class 1 discus and Class 3 1500-metre, while KC won two finals one in record style.

Kai Chang and Kewarny Fletcher were responsible for the record performances from Calabar.

Calabar's other victories came in the Boys' Class 2 1500-metre final, which they also had another one-two finish.

Rivaldo Marshall won in 4:14.42 seconds beating his teammate David Martin, who clocked 4:15.14; while KC's Atokwatse Crispus was well beaten into third place in 4:18.80.

Ralford Mullings of KC was also in record-breaking form. Mullings won the other boys' final, the Class 2 discus throw with an effort of 50.38 metres to erase the previous mark of 49.32 metres set by Zico Campbell of KC in 2016.

In the girls' section, Excelsior High won six of the 10 finals including one-two finishes in the Class 2 discus throw and Class 3 discus throw, both Digicel Grand Prix events.

Among the 10 victories were also two record-equalling performances, those efforts came in Digicel Grand Prix events.

Kaliah Jones and Teddyann Arthurs were responsible for the two records, which were equalled.

Jones cleared 1.70 metres to win the Girls' Class 2 high jump and in the process equalled the meet record set in  2015 by Gabrielle Foster of Convent of Mercy Academy.

Ashalee Brown of Immaculate and Shannon Bailey of Wolmer's High, both cleared 1.65 metres, for second and third.

Arthurs took the Girls' Class 4 high jump by clearing 1.55 metres, an effort which equalled the meet record set in 2014 by Danielle Griffiths.

In the Girls' Class 2 discus throw, Excelsior Kimberly Lugg won with a throw of 39.20 to beat her teammate Ashanti Wright with 37.29; and in the Class 3 discus throw, Raphae Guthrie won with 33.55 metres to get the better of Shania Notice (31.11 metres).

There will be 68 finals on the day.

The series began on Monday with Eastern Championships, which ended on Tuesday at the National Stadium, while the third regional meet - Western Championships enters its third and final day on Saturday  at the Catherine Hall Sports Complex.

Organisers have changed the process by which athletes qualify for the Grand Finale (the GC Foster Classics).