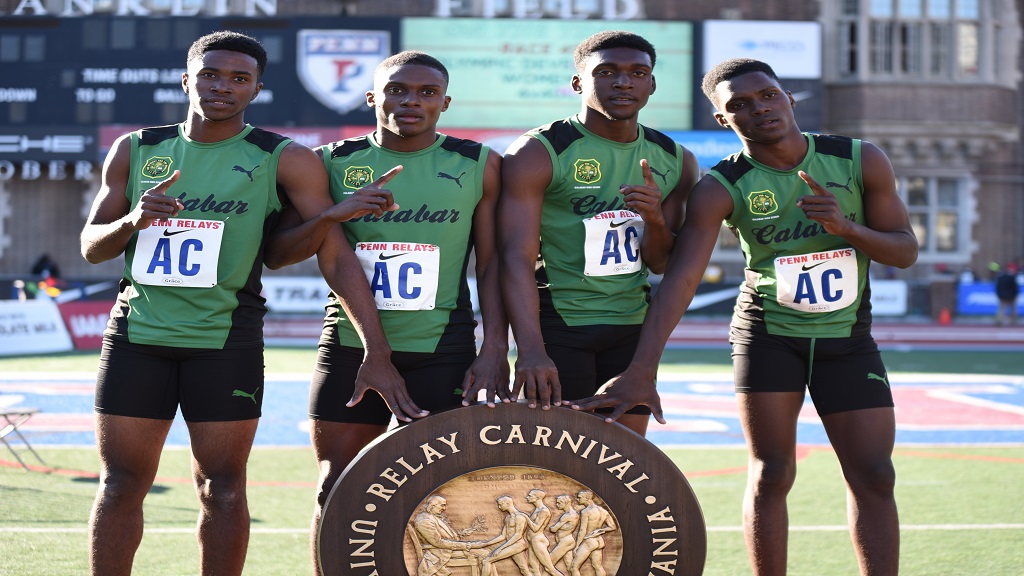 Calabar High starred on the day with two relay victories after St Jago scored a shock win over Kingston College (KC) in the High School Boys’ 4x100 Championship of America.

St Jago High just got the better of the big favourites KC, which finished second in 40.86 with the quartet of Wayne Pinnock, Roshaun Rowe, Shacquille Lowe, and Oshane Peart.

There was no surprise in the High School Boys’ 4x800 Championship of America as Calabar High, as expected, dominated the event.

Calabar returned later to beat KC in the High Schools’ 4x400 Championship of America for their second relay victory.

The Washington-based Bullis School denied Jamaican high school teams a sweep of the medals with a third-place finish in 3:14.40.

Pinnock won with an effort of 7.87m, just one centimetre outside his record mark of 7.88m, which he set last year.

Plummer clocked 52.58 seconds but had to settle for the runner-up spot behind Ryler Gould of Newburgh Free Academy out of New York, who won with a time of 52.55.

Edward Richardson III of Bethel High School out of Virginia finished third with a time of 52.67.