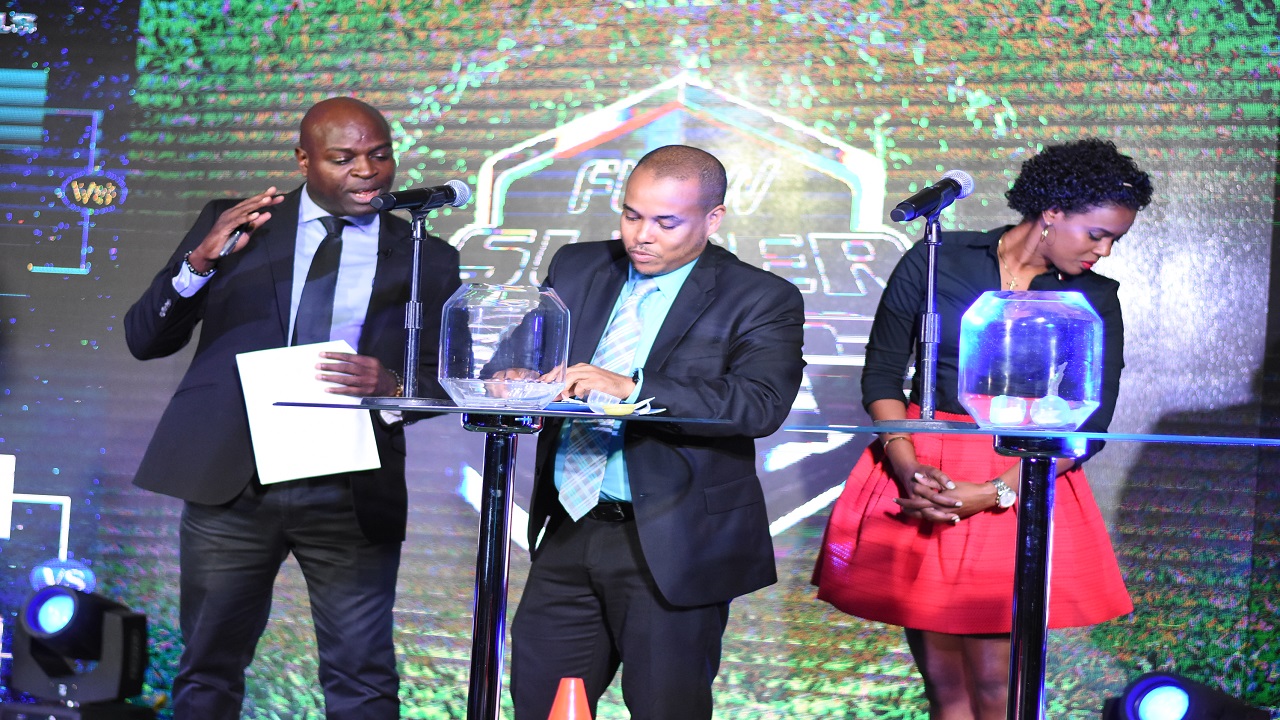 FLOW's vice president of marketing, Carlo Redwood (centre) gets the attention of master of ceremonies, Wayne Walker (left) at the 4th annual draw event for the 2017 Super Cup at the ATL Audi Show Room in Kingston on Thursday night. At right is Michaela Francis, brand marketing manager at Coca-Cola.

Calabar High and Clarendon College will contest the opening match of the 2017 season of the ISSA/FLOW Super Cup on Friday, November 10 at the Catherine Hall Sports Complex in St James.

This was revealed during the fourth annual draw event hosted at the ATL Audi Show Room in Kingston on Thursday night.

The Calabar High, Clarendon College fixture is scheduled to kick off at 5:00 pm and is the opening match of a double-header at the venue.

Those four schools are among eight, which will contest the 2017 season.

FLOW, Carlo Redwood, vice-president of marketing, shared that “this could be the greatest Super Cup tournament yet.”

He further announced changes to the competition’s rules that will eliminate extra playing time and see matches proceeding to a penalty shootout if no winner is determined after regulation time.

A new Super Cup champion will be crowned this season as the 2016 title holder,  Wolmer's Boys did not qualify for the 2017 season.

SCHEDULE FOR THE OPENING WEEKEND.