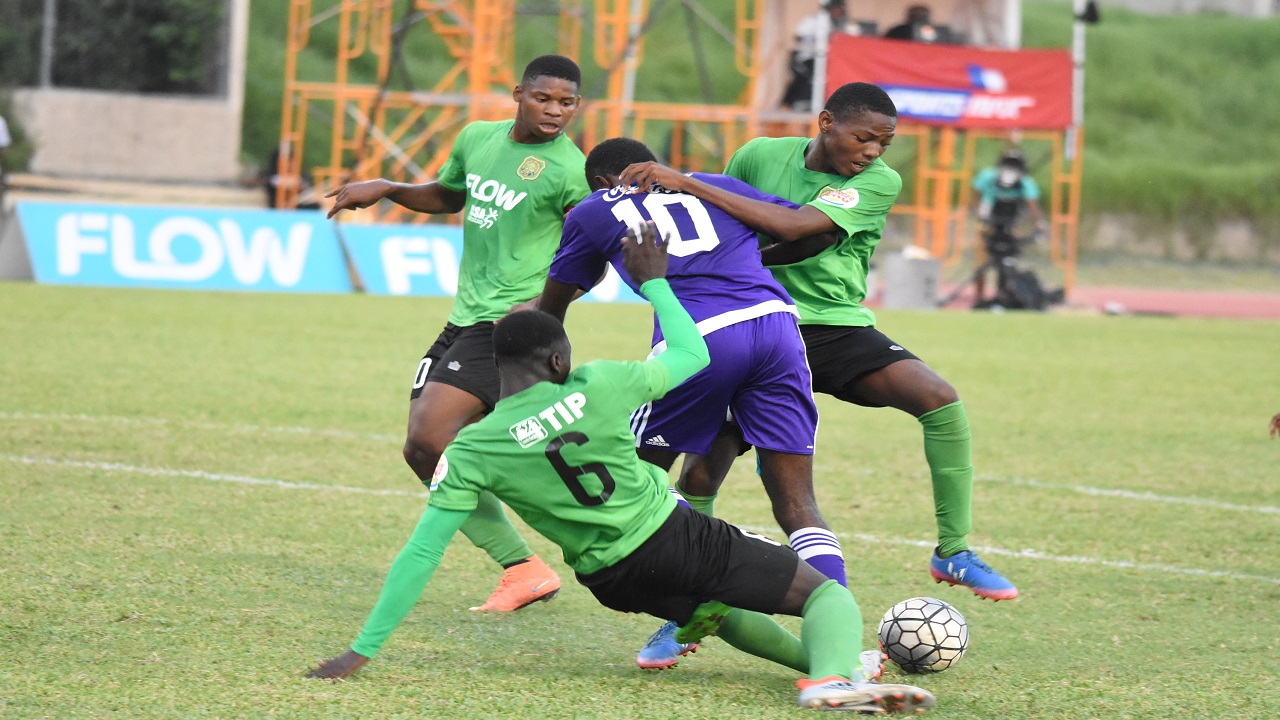 Calabar High secured the last semi-final spot in the 2017 ISSA/FLOW Walker Cup knockout competition on Thursday by defeating Bridgeport High 3-1 on penalties, in their quarter-final match the Constant Spring field.

The teams had battled to a goalless draw after full and extra time.

Bridgeport High dominated possession and created most of the chances to replicate their comprehensive 3-1 win last Saturday over Calabar High to knock them out of the Manning Cup competition.

The match extended into extra time when Bridgeport’s frustrations in front of goal were highlighted by two incidents that seemed to be clear penalties – a handball and a clear foul by the goalkeeper within minutes of each other – that were not called by the referee.

It would only get worse as Bridgeport could only convert one spot kick in the shoot-out.

The victory means that Calabar have earned the right to contest the second semi-final against Jamaica College (JC) on Saturday.

JC, KC and STATHS secured their semi-final spots on Wednesday.

JC became the first team to book their spot following a 3-1 victory over St Catherine High in the opening game of a double-header at the Stadium East field on Wednesday.

In the second match at the venue, KC defeated North Street rivals St George's College 2-1 in extra-time to advance, while over at the Constant Spring field STATHS defeated Holy Trinity 5-4 on penalties after a 1-1 scoreline at the end of full time and extra time to confirm their place in the semis.