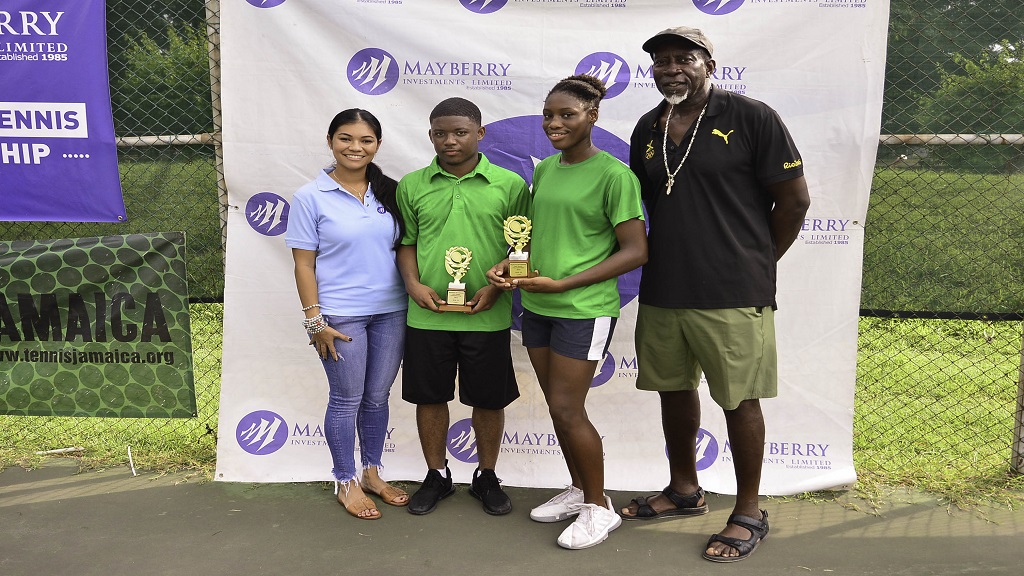 Two of Jamaica's top junior tennis players Damani Cain and Thandie Sampson were among the spotlight at the 2019 Mayberry Investments Limited Open Junior Tennis Championship at the weekend at the Liguanea Club in New Kingston.

The two-day championship attracted over 30 players in the various age groups and saw Cain beating Russell Fairman over two sets in the boys' 18-and-under event.

Cain easily won the first set 6-2 but had to dig deep for a 7-5 victory in the second set to seal championship honours.

Cain had a very straightforward run to the final. After receiving a bye to the second round, Cain defeated Stewart Gaynor 6-1, 6-0 and booked his spot in the semi-finals where he dismissed Jason Duval 6-1, 6-0. 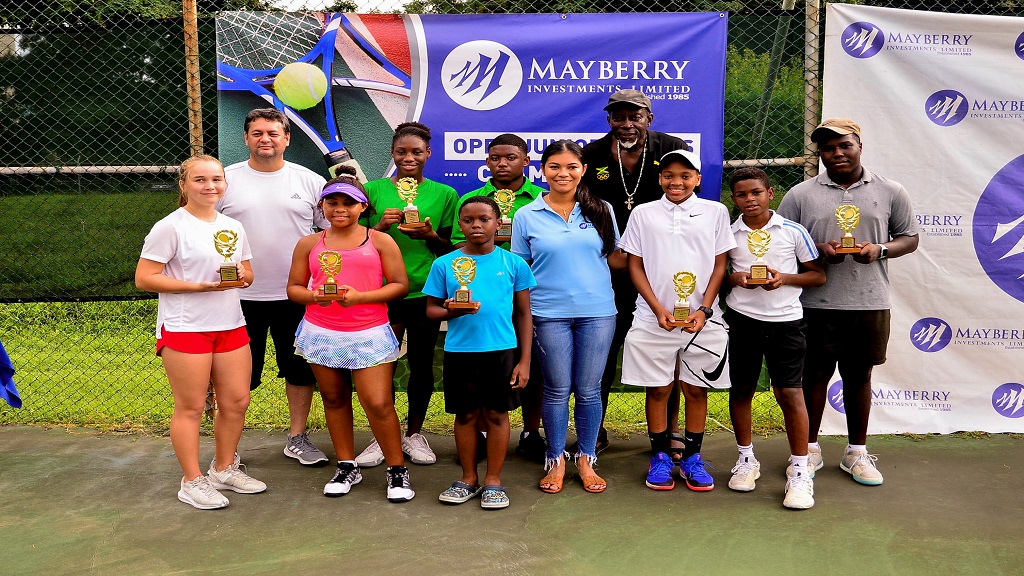 Sampson took championship honours in the girls' open, which was conducted in a round-robin format involving four competitors.  Sampson won the section by a 3-0 margin, while Peta-Gay Graham finished as runner up with a score of 2-1. Eva Pinchas finished third and Thandie Sampson, fourth.

In the boys' 12-and-under section, which was conducted in a round-robin format, Joseph DePeralto came out on top with a 3-0 scoreline, while Daniel Gordon (2-1) finished second.

Tournament organiser Llockett McGregor was pleased with the level of support received.

“I would like to use the opportunity to thank the parents who took the time out to be here and to also thank the players, and still encourage those who didn’t do so well. This is only the beginning."

Digital Marketing Manager at Mayberry Investments Limited Stephanie Harrison is looking forward to the next staging of the championship.

Harrison said, “ I just want to say thank you for the continuous support from everyone, every year it just seems to be getting bigger and better and we do look forward to next year, which will be the ninth annual staging of Mayberry Open Junior Tennis Championship.

"Congratulations to the winners and we look forward to seeing you all next year."