Cadet corps to be established in all high schools - Chang 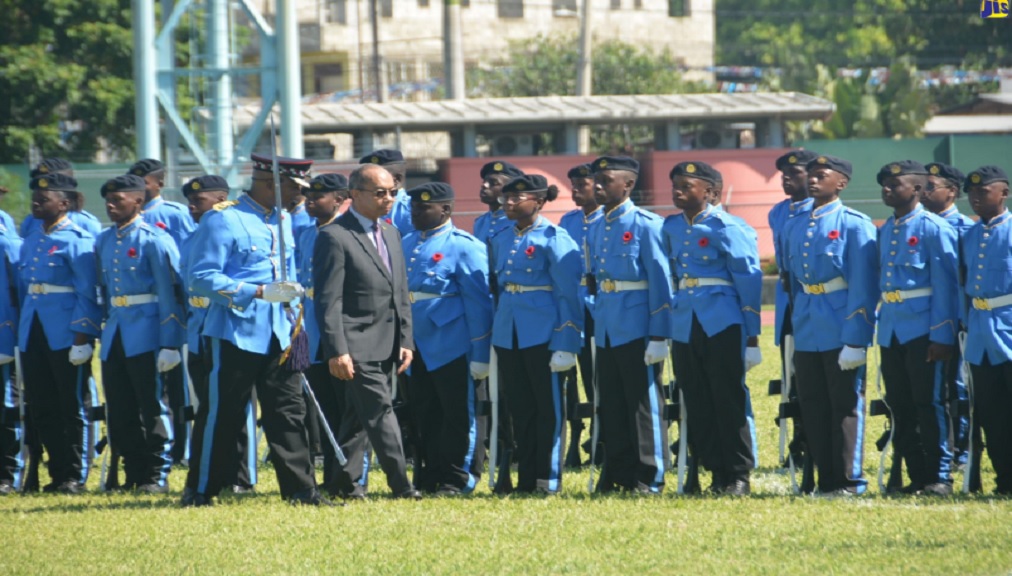 The Government plans to establish cadet corps in all high schools across the country by the end of the next financial year.

The cadet corps, which caters to youngsters aged 12 to 18, is being cited as an initiative that can play a major role in addressing crime and violence in the country.

He noted that the JCCF was launched in some 25 schools this year as a step towards “developing the character of our young Jamaicans”.

“This Government is committed to the development of the uniformed groups, and the cadet corps is the premier uniformed group in our high schools,” Dr Chang said.

“This will go a far way in achieving the strategic objective of expanding the Force (JCCF) and giving more young men and women the opportunity to actively participate in building Jamaica beyond the 21st century."

Dr Chang said that the JCCF remains an indispensable counterweight to the “attractions and distractions” that are competing for the attention of young people.

“For over 75 years, the JCCF has remained true to its mandate to engage and educate youths for leadership, citizenship, military service and general public service,” he noted.

“The JCCF has been responsible for reinforcing positive attitudes in our youths and imparting attributes such as high levels of discipline, alertness, physical and mental endurance. The JCCF is empowering Jamaican young men and women, and preparing them to become an upstanding citizen."

The JCCF parade and medal ceremony featured marches by the First and Seventh Battalions as well as medal presentations to high-ranking officers for their years of dedication and commitment.

Commandant of the JCCF, Col. the Hon. Errol Johnson was promoted to Brigadier, and Lieutenant Col. Professor Errol Morrison, was honoured for 45 years of service.

Professor Morrison, who also heads the medical unit in the JCCF, said that the cadet corps, which caters to youngsters aged 12 to 18, can play a major role in addressing crime and violence in the country.

“I think this is where the cadet has a major contribution to make. I hear calls about what is the crime plan or disciplinary plan in our country. This (cadet corps) has to be a core aspect of it because here we are capturing our young people and putting them in a frame of mind for better citizenship,” he noted.