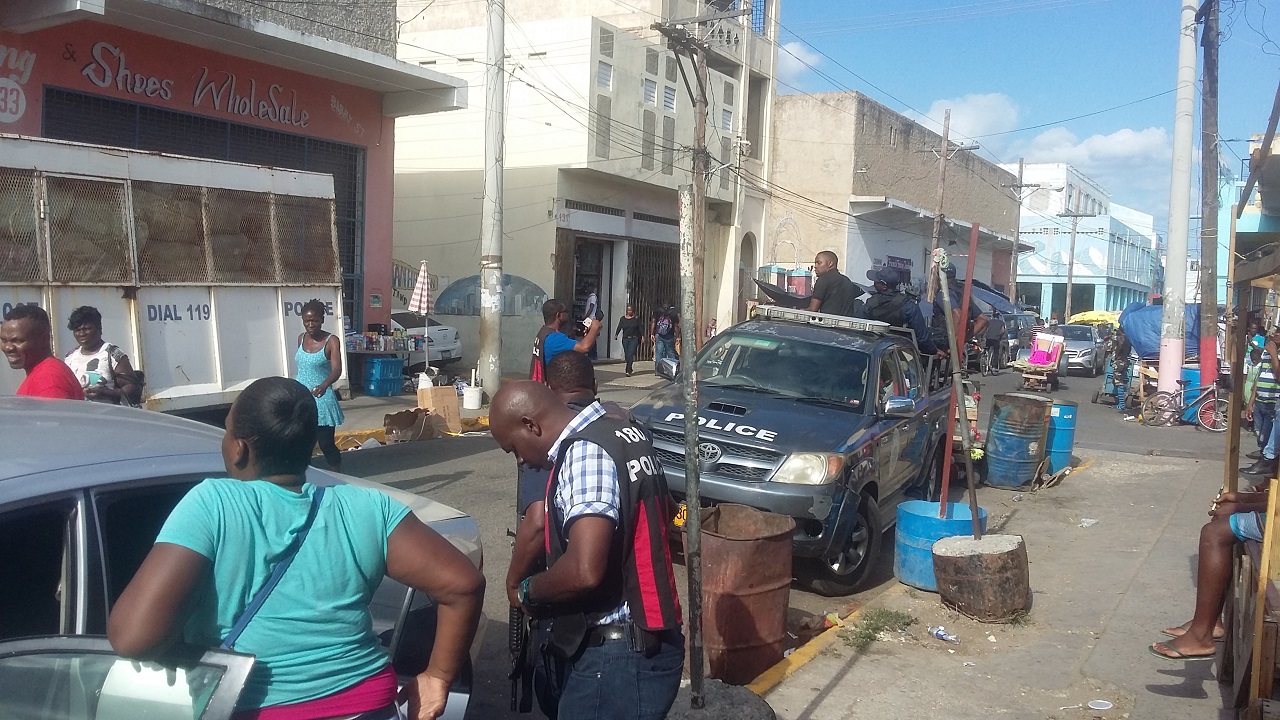 Police personnel and vehicles outside a wholesale store that was raided by the Counter-Terrorism and Organised Crime Branch (C-TOC) in downtown Kingston on Monday.

Police on Monday conducted another operation in downtown Kingston to clamp down the sale of counterfeit brands.

In the latest clampdown, police said they seized approximately $100 million worth of goods from two businesses on Barry Street.

Operatives from the Counter-Terrorism and Organised Crime Investigation Branch (C-TOC), acting on information, went to the two stores at about 10:00 a.m., and during a more than five-hour-long search, the items were found and seized

The clampdown comes just weeks after a similar operation in the downtown Kingston area. In that drive, other stores were targeted and approximately $300 million worth of goods seized.

Six persons were arrested from that operation, and charges were laid against two of them, who are both Chinese nationals.

In the case of Monday’s operation, persons were also held for questioning.