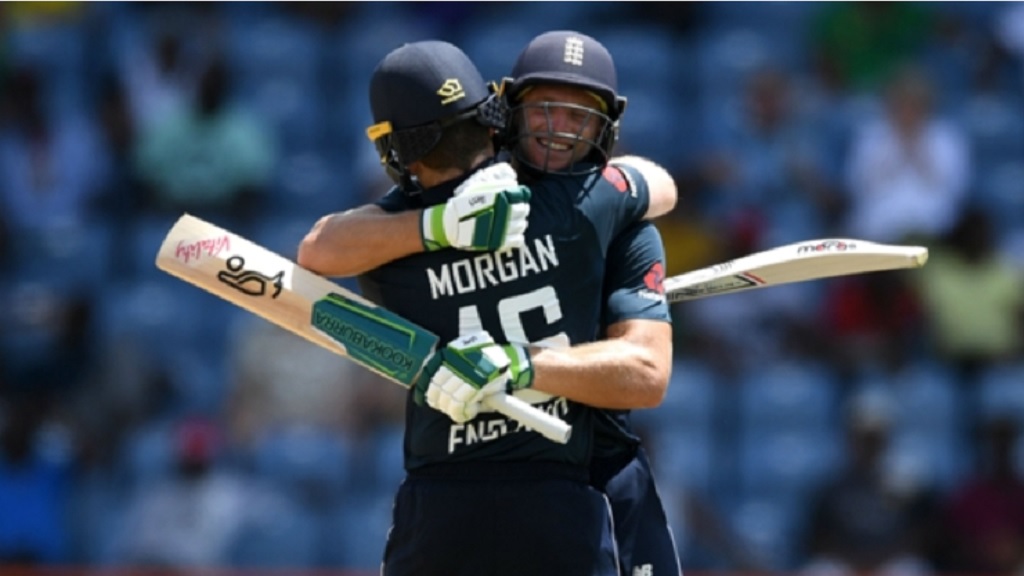 West Indies captain Jason Holder must have been questioning his decision to field first as the tourists made a blistering start at St George's in the fourth match of the series.

Jonny Bairstow (56) and Alex Hales (82) laid the platform with a century stand in only 13.5 overs before Buttler and Morgan - who became the first England player to reach 6,000 ODI runs - dished out brutal treatment.

Buttler made his highest one-day score as he smashed his way to 150 from only 77 balls, clearing the ropes 12 times and also hitting 13 fours, with his boundary blitz helping him go from 50 to 100 in only 15 deliveries.

England took 154 off last 10 overs as they eye a 2-1 lead with one match remaining, Buttler fittingly the man to break the previous world record for sixes in an innings - set by their opponents in the first ODI in Barbados - when he smashed Carlos Brathwaite over deep midwicket in the final over.

Skipper Holder was taken for 88 from seven overs, while leg-spinner Devendra Bishoo did not return to the attack after going for 43 from four overs.