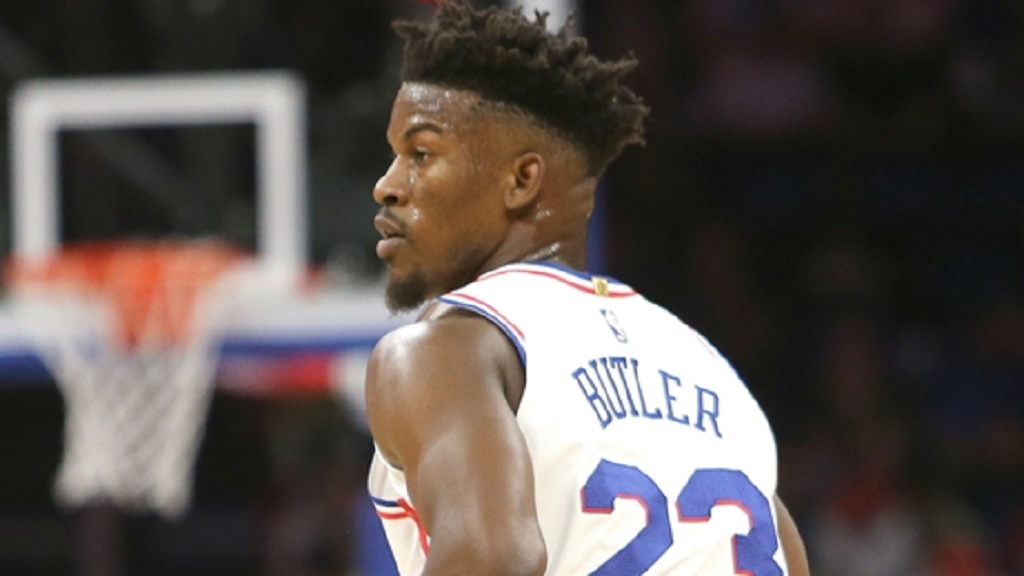 Jimmy Butler posted his second successive 38-point game to lead the Philadelphia 76ers to a 117-111 win against the Detroit Pistons, while LeBron James was unable to lift the Los Angeles Lakers.

The 76ers were without NBA All-Star big man Joel Embiid but a Butler-inspired Philadelphia rallied to beat the Pistons on Friday.

Butler finished with 38 points – 13 in the fourth quarter – six rebounds and six assists, making 12 of 26 field goals for the 76ers, who trailed by as many as 15 points in the third quarter.

Ben Simmons posted a double-double. He had 18 points and 13 boards. JJ Redick and Mike Muscala also finished with 18 points apiece.

Blake Griffin had 28 points and 11 rebounds but the Pistons still fell to their third consecutive defeat.

DeMar DeRozan inspired the Spurs – who had eight players score in double figures – with 36 points and nine assists.

The Charlotte Hornets ended the first-place Denver Nuggets' seven-game winning streak behind a game-high performance 21 points from Kemba Walker. But, Tony Parker was a big help as he came off the bench and finished with a solid 19 points, four rebounds, and two assists to get Charlotte a 113-107 win.

Russell Westbrook recorded his fifth triple-double of the season behind 24 points, 17 boards and 13 assists. But, that was not enough to overcome the Chicago Bulls, who went on to win 114-112.

The Brooklyn Nets surprisingly outlasted the Toronto Raptors 106-105 in overtime and were led by third-year point guard D'Angelo Russell. He finished with 29 points and was plus-11 on the night.

The Orlando Magic did not see much from Jonathon Simmons. He had yet another low-scoring performance, and finished the night with just two points in 22 minutes on the court for a minus-13 in a 112-90 defeat to the Indiana Pacers.

New Orleans just needed a little bit more help if they wanted to beat Memphis. But one starter was not able to provide it. Tim Frazier was the only Pelicans starter who did not score in double digits. He had just seven points in the team's 107-103 loss to the Grizzlies.

The Lakers and the Grizzlies are sitting near the top of the Western Conference standings. But, with each team playing consecutive days, Saturday's contest will show who can overcome the fatigue to try and catch up with the conference leaders. So, who will get the edge at FedEx Forum? It could be the streaking Grizzlies, who have won three of their last four games after a skid. Or, it could be the Lakers, who fell to the Spurs in their second straight matchup with San Antonio on Friday.

Celtics having fun again after fourth win in a row