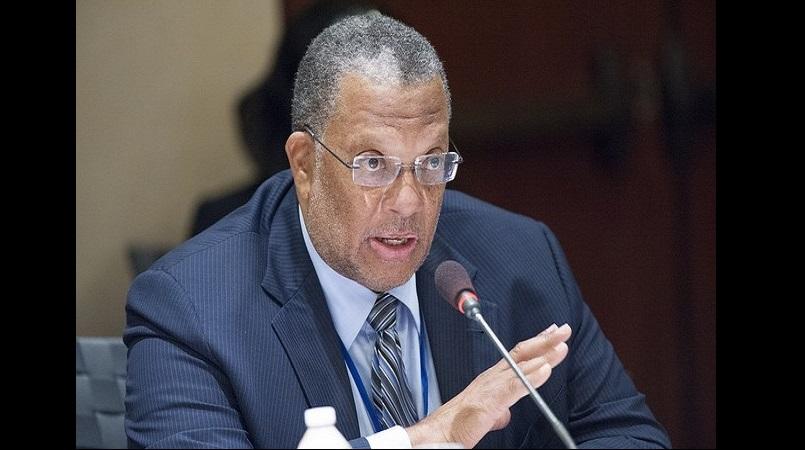 “Imagine the inconsistency of trying to secure economic growth and simultaneously closing down the businesses along Constant Spring Road, Hagley Park Road, Three Miles and around the Portia Simpson Miller Square. That is madness,” Phillips declared.

Opposition Leader Dr Peter Phillips has expressed the view that businesses that have been negatively impacted by the ongoing road works along Hagley Park Road, in the vicinity of Portia Simpson Miller Square and along Constant Spring Road in St Andrew, could pursue legal action against the state for lost earnings.

Phillips made the observation on Thursday as he made his contribution to the 2019-2020 Budget Debate in the House of Representatives. He accused the Andrew Holness administration of mismanagement of the major road works projects taking place across the country but in particular those taking place in the Corporate Area.

“Quite frankly, I believe there is a case for legal action to be taken by many of those businesses against the state; some of them have gone out of operation,” Phillips stated.

“…The problem is a lack of ministerial oversight and a lack of coordination as the contractors and some of the agencies seem to be a law unto themselves,” Phillips added.

The Opposition Leader asserted that the level of inconvenience experienced by businesses and residents in and around the construction sites is inconsistent with the government’s stated growth agenda.

“Imagine the inconsistency of trying to secure economic growth and simultaneously closing down the businesses along Constant Spring Road, Hagley Park Road, Three Miles and around the Portia Simpson Miller Square. That is madness,” Phillips declared.

He noted that employees have been arriving at work tired and frustrated as a result of what he said was the “inept schedule” put in place by the implementing agency, the National Works Agency. Phillips argued that buses belonging to the state-owned Jamaica Urban Transit Company (JUTC) were unable to complete their routes because of the traffic piles, and he said the “daily dust on Constant Spring Road makes everyone sick. “And especially the asthmatics suffer.”

Dr Phillips said too many people are faced with emergencies, including medical emergencies.

“In this gridlock, nobody seems to care and you telling us that you heading in the right direction,” he said.

By contrast, the opposition leader said there was no such dislocation when the Washington Boulevard was expanded to four lanes between Six Miles and Molynes Road, when Hope Road was upgraded to four lanes between Liguanea and King’s House, or when the Portmore toll road was constructed. Some of those works were carried out when Phillips was construction minister in a previous People’s National Party government.