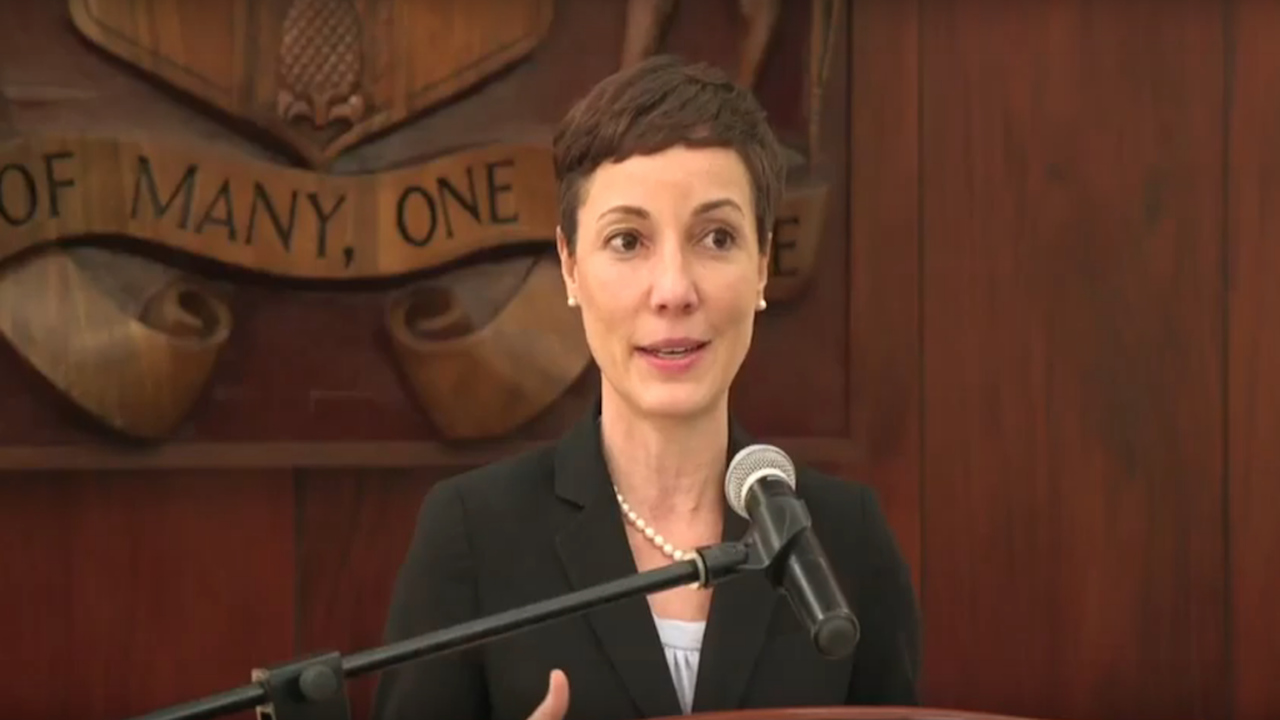 Leader of Government Business in the Senate

Business owners who have paid the now abolished minimum business tax for this year are entitled to a refund.

This was disclosed by Leader of Government Business in the Senate and Minister of Foreign Affairs and Foreign Trade, Senator Kamina Johnson Smith, as she piloted the legislation giving effect to the elimination and refund of the tax, at last Friday’s sitting of the Upper House.

The Bill, entitled: An Act to Repeal the Minimum Business Tax Act, 2019, removes the minimum business tax which was implemented in April 2014, which required specified persons operating a business to pay the tax totalling $60,000 annually, in two instalments.

This tax refund entitlement is outlined in Clause three of the Bill which makes a provision for taxpayers who settled their minimum business tax during the first three months of the year, commencing on January 1, 2019 to receive a refund of the tax once they have no arrears.

Senator Johnson Smith noted that the abolition of the tax, was part of a broader policy effort to ensure financial inclusion for more Jamaicans and to encourage the formalization of businesses.

“Small and medium business enterprises…are a big part of this administration’s thrust for economic growth and prosperity. The Act to Repeal the Minimum Business Tax Act is an important part of this agenda because it reduces disincentives for formalising business operations and it makes it easier for people to formalise and to lift themselves and their families economically and otherwise,” Mrs. Johnson Smith said.

“This is part of the work that we are doing as an Administration to make it easier for people to do business, to start and sustain businesses and to harness the entrepreneurial spirit,” she added.

Johnson Smith noted that the Act removes one more hurdle “from growing from the informality of the “hustle” which we respect, but allows those who want, to grow from the hustle into prosperous business men and women. Removal of this tax is one of the steps which will assist”.

She noted that while the tax was successful in reducing the proliferation of shelf (dormant) companies that were not contributing to the Government’s revenue, “it was clearly also criticized for being inequitable because it was not based on profitability and because it was an overall hindrance to business”.

“This measure, among other revenue measures introduced are geared at stimulating business activity and incentivizing formalization because that allows and enables growth. The revenue measures were also in keeping with the Government’s tax reform thrust and by focusing on the removal of what were viewed as the most distortionary taxes,” she further explained.

Johnson Smith noted that the removal of the tax and its associated filing requirements will reduce the tax burden on micro and small businesses and will also allow the country to improve on its Doing Business World Bank ranking, particularly in the Ease of Paying Taxes category.

She advised however, that persons who are in arrears for prior years are still liable for the tax and would not be given relief under the legislation. She encouraged those who have accumulated arrears to pay.

The removal of the minimum business tax was among a host of revenue measures announced by Minister of Finance and the Public Service, Dr Nigel Clarke earlier this year, which saw the Government forgoing $14.032 billion in taxes. The measures became effective on April 1.

The expected revenue loss from the abolition of the minimum business tax is $1.093 billion.