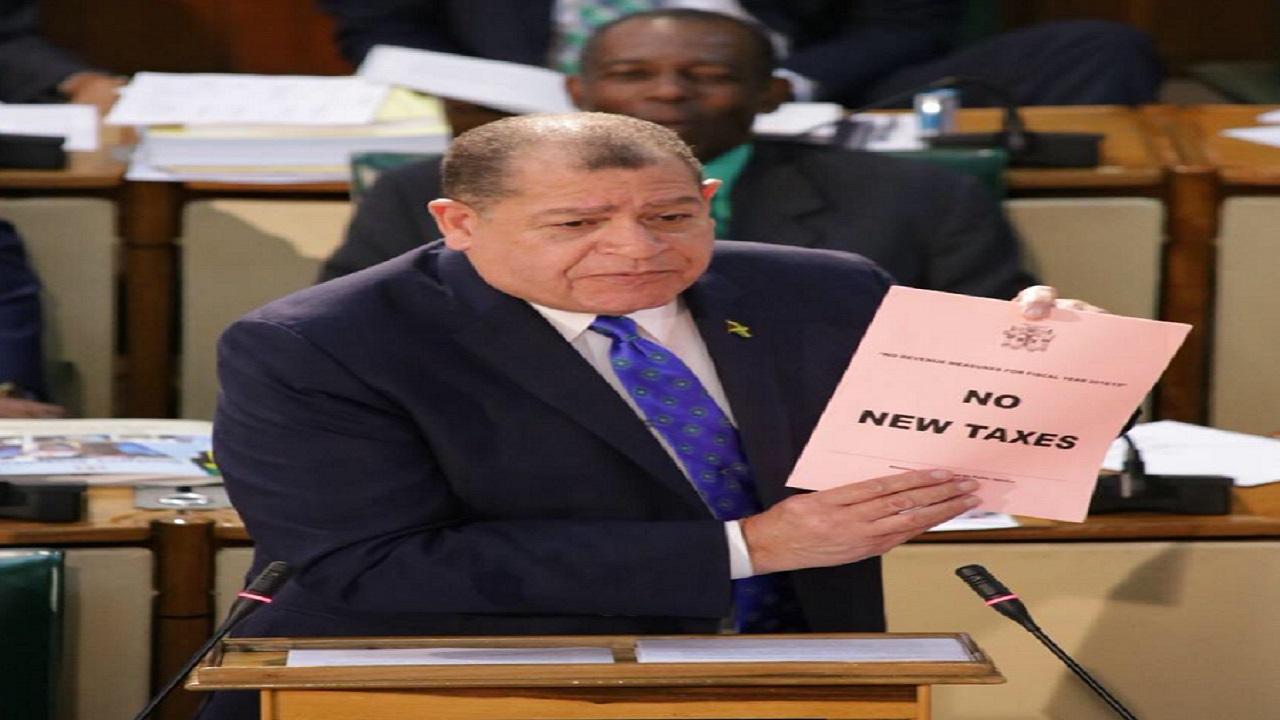 Minister of Finance Audley Shaw presented the revenue side of the budget yesterday for fiscal year 2018/2019 and announced that there would be no new taxes, which has been well received by a number of business leaders.

The government is aiming to spend $774 billion this year, $31 billion less than it budgeted for last fiscal year.

Speaking with Loop News CEO of CIN TV Stephen Hill said :“ I thought this was a great budget by Audley Shaw and it was well thought out. Any government that doesn’t raise taxes is doing the country a big favour. Kudos to Audley. Governments try not to increase taxes and in many instances have no option but to. Audley managed to keep his word to the country and many hard working Jamaicans will appreciate that. This news is a result of fiscal prudence and ample surplus revenues. The Prime Minister should now realise that Audley is the man to manage the country’s finances and not his new side kick!”

CFO of Supreme Ventures and former CEO of the PSOJ, Dennis Chung

I think this is a very good budget and not just from the point of view of the announcement that there will be no new taxes.  For the first time in many a year, a budget has been read which means that companies don’t have to fundamentally change their business strategies to factor in tax  changes.
The government will be forecasting three years in advance which will give it a clearer vision of where it wants to position the economy.

The effective tax rate as a percentage of GDP has fallen to 25% which leaves room to grow the economy and facilitate aggregate demand.  The Matalon Report had talked about shifting from direct to indirect taxation, thus widening the tax net. We are now getting the picture and seeing what this approach can bring.
The debt to GDP ratio in on a downward trajectory  moving from 56 cents to 37 cents in the dollar in debt payments. This leaves more room for infrastructural development.

It must be said that the Minister of Finance’s declaration of good news is underscored by the good work done earlier by his predecessor, Dr Peter Phillips and the adherence to fiscal discipline and better compliance.

We are now seeing fiscal policy being adopted across administrations with this seed planted by Dr Phillips.

The Commissioner General of Tax Administration Jamaica, Ainsley Powell must be commended here for his sterling efforts with compliance, thus allowing the Minister to make his announcement of no new taxes.

This budget is an indicator that Jamaica is growing in the right direction. Minister Shaw has kept his promise made at the Mayberry Forum held at the start of the year and must be congratulated on a very good presentation. It is now for the private sector to step up and continue performing.

It is definitely one of the better budgets presented in more recent years. It was forward thinking and focused on areas that will lead us out of the low growth cycle. This budget doesn’t impose a burden on the consuming public.

From a taxation perspective it is encouraging to see the country moving from direct to indirect taxes thus ensuring more people are contributing and so creates space for capital spending.

The asset tax and corporate tax account for 49% of every dollar the sector makes. This makes it difficult to pass on benefits to customers and does not help with the huge costs it takes to keep people’s information protected.

This was a very positive budget with no new taxes imposed on the people of Jamaica. We haven’t had that for a while. The Minister of Finance is looking to maintain macro-economic stability without imposing additional taxes. I think the business community will regard this budget favourably.

I was very encouraged by the Minister’s focus on human capital.

The Minister of Finance made the point that there needs to be money to address the human deficit and not just the financial and infrastructural deficit. And he is absolutely right.