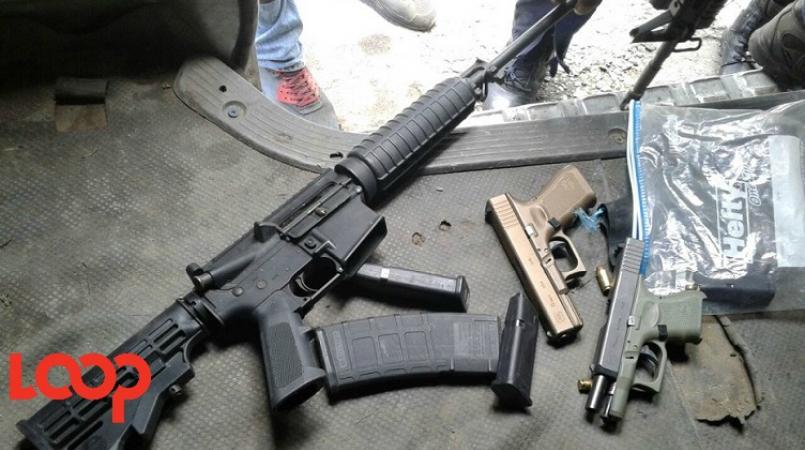 Police are celebrating the removal of three illegal firearms and 45 assorted rounds of ammunition off the nation’s streets during special operations on Cedar Valley Road, Kingston 6 in the area more commonly known as Standpipe on Monday.

Four men were reportedly taken into custody in connection with the seizure.

Reports are that a team of officers led a targeted operation in the area between 5:30 am to 12 noon. The search of a particular premises revealed one Bushmaster semi-automatic assault rifle with a magazine containing twenty-one 5.56 cartridges, a Glock 19 pistol along with sixteen 9mm rounds, a Glock 26 pistol along with five 9mm rounds and a pouch containing three .40 cartridges.

“There has been an increase in gun activity in the Standpipe area in recent times. Today’s operation was a direct response to the reports of gun violence and it exemplifies the JCF’s commitment to establishing safer communities across Jamaica. The main intent was to seize illegal firearms and ammunition and arrest the violence producers. We were successful and we will continue our efforts,” said SSP Terrence Bent.

The identities of the four men in custody are being withheld pending further investigations. However, they are expected to be interviewed in the presence of their attorneys at the earliest convenient time, the police said.