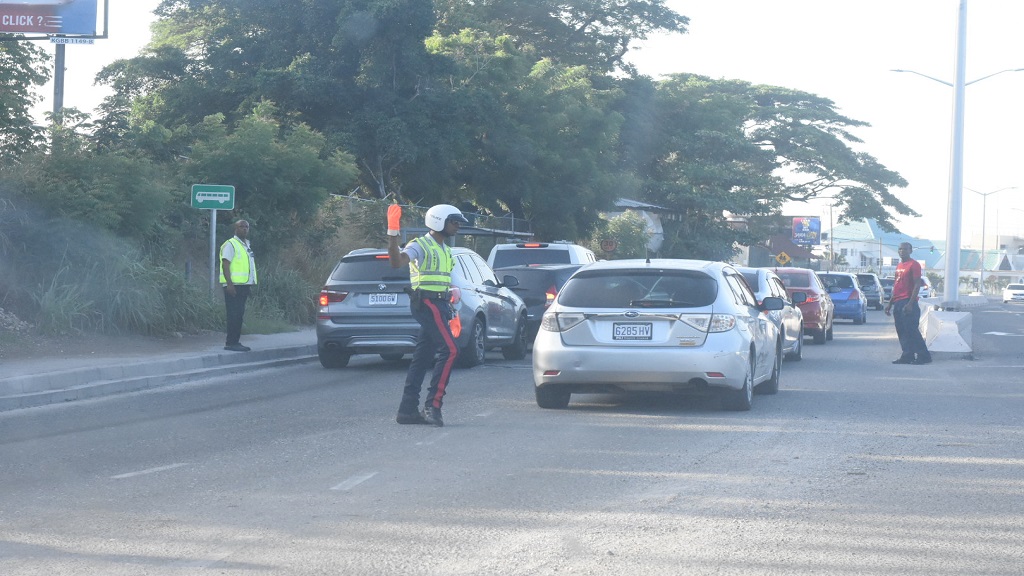 A taxi driver and a bus operator were arrested by members of the Public Safety and Traffic Enforcement Branch (PSTEB) on Friday following a routine traffic stop in the Corporate Area in which it was discovered that they had a combined total of 1,100 outstanding traffic tickets.

The police identified the taxi operator as 26-year-old Cleveland Dockery of Arnett Gardens.

Dockery was also charged with having no motor vehicle insurance coverage, forgery, uttering forged documents, and conspiracy to deceive, after it was discovered that he had reportedly altered traffic documents that were issued to him by the police.

The Constabulary Communication Unit (CCU) reported that about 10.00 am, Dockery was stopped by the police along Half-Way Tree Road in St Andrew, where he was issued with a document for operating contrary to the terms of his road licence.

The police also seized the vehicle he was operating.

Dockery reportedly later made alterations to the document from the police, in order to retrieve the motor vehicle.

Checks were made, which revealed that the documents were forged.

Dockery was subsequently arrested and charged.

Further checks revealed that the driver had over 100 unpaid traffic tickets since 2018, for which some 10 warrants had been issued for his arrest.

The owner of the vehicle in question was also charged with aiding and abetting and having no motor vehicle insurance coverage and is to appear in the Kingston and St Andrew Traffic Court on Friday, September 27.

Checks revealed that Williams had over 1,000 unpaid traffic tickets and at least three warrants which were issued for his arrest.

He was subsequently arrested and is scheduled to appear in the Kingston and St Andrew Traffic Court on Monday, September 16.