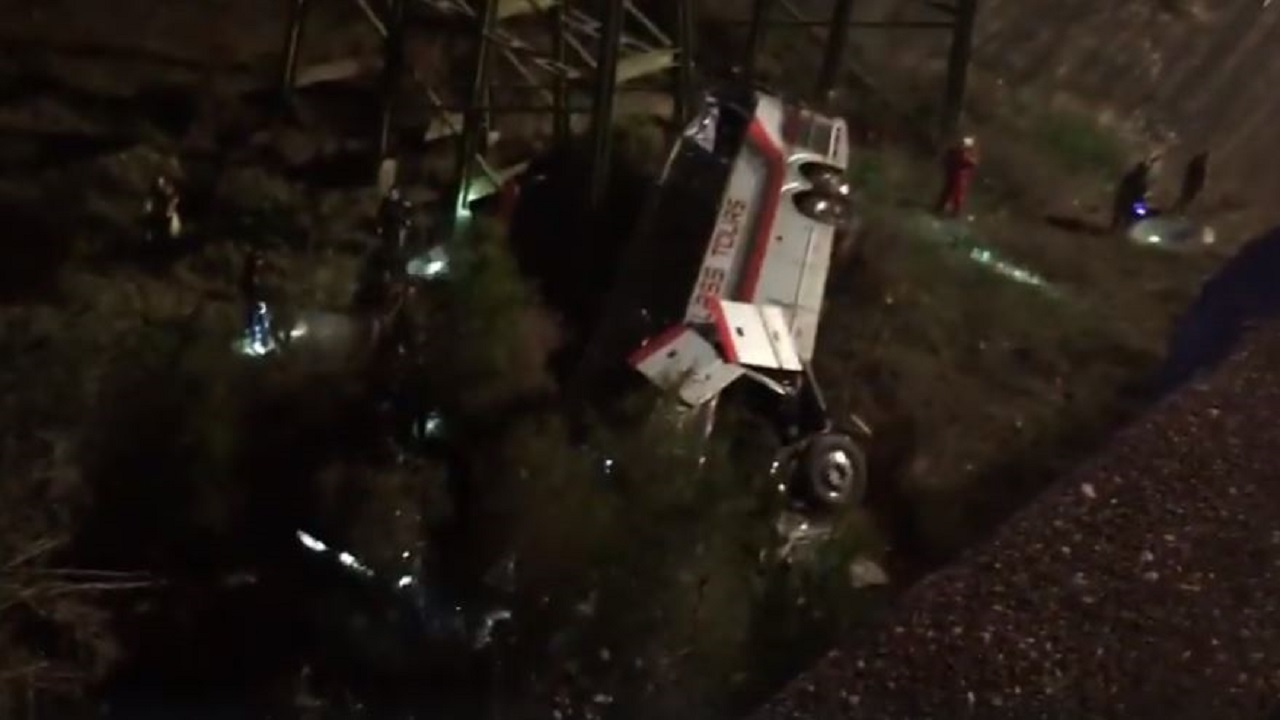 (Image: Screengrab from video posted by Jesus Tejada via Facebook)

A charter bus carrying Texas high school band members home from Disney World plunged into an Alabama ravine before dawn on Tuesday, killing one person and injuring many others.

First responders had to rappel down a 50-foot ravine in the middle of Interstate 10 to reach them, and helicopters brought survivors to 10 hospitals, a sheriff said.

About 45 people were on the bus that plunged between the east and westbound lanes of Interstate 10 at about 5:30 AM, Baldwin County Sheriff Huey Hoss Mack said at a news conference.

"We have multiple injuries; the bus went down into a ravine," said Chris Elliott, a Baldwin County commissioner who helped out at the county emergency management center following the crash. "The fire department and officers are having to rappel down into the area to get into it."

An image of the wreckage shows the crumpled bus landed on its side, far below the pavement. The interstate was closed down in both directions as helicopters and ambulances took the injured to hospitals including emergency rooms in Mobile and Pensacola, Florida, plus a free-standing emergency room in rural Baldwin County, Elliott said.

"Everybody is being transferred to a hospital to at least be checked out," said Elliott.

One image posted on the band's Facebook page hours before the crash showed a large group posing outside Disney World.