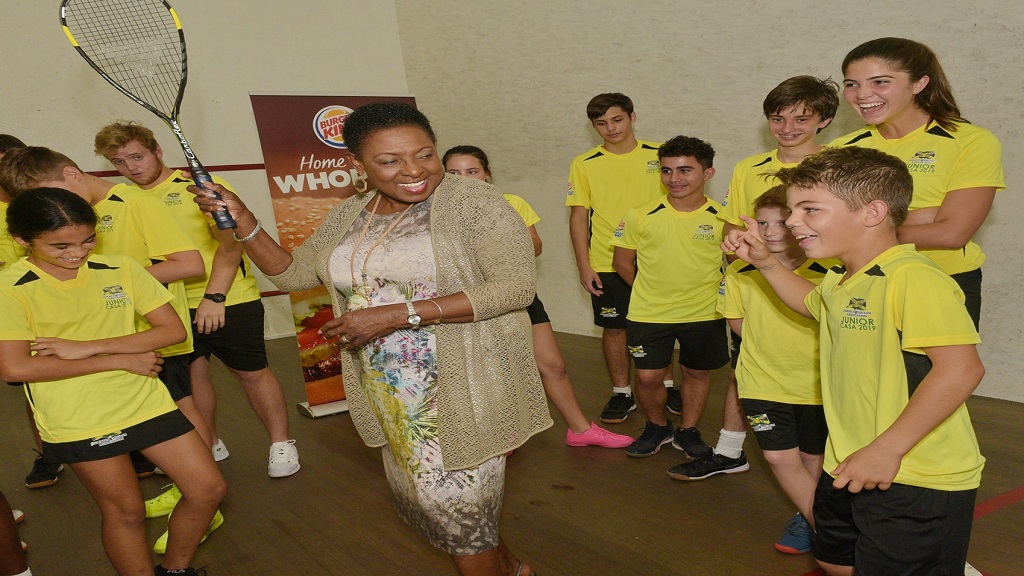 Burger King is back on board as major sponsors of Jamaica’s junior national squash team serving up a $400,000 support package just ahead of the Caribbean Area Squash Association’s (CASA) Junior Championships in Trinidad and Tobago from July 14 -20.

The latest contribution marks the sixth consecutive year that Burger King has been instrumental in sending the youngsters to the prestigious tournament, a highly anticipated event on the region’s squash calendar.   This year expectations are high for siblings Lukas and Savannah Thomson who both won age-group titles in 2018 when the championships were held in Jamaica.

Having blown through the field to take the Under 13 title last year, 13-year-old Savannah is expected to face stronger competition this time around as she does battle in the Under 15 age group.  However, she goes into the Championships on a high as the reigning national Under 15 Girls’ Champion, who remains undefeated on local soil this year.

In a similar vein, Lukas Thomson, who was the 2018 Under 11 Caribbean Boys’ Champion, will have to step up his game as he moves up to the Under 13 ranks.  But there are high hopes that the gutsy youngster will have a successful debut in his new age category.

Other players to watch are National Under 15 Boys’ Champion, Tobias Levy and his older sibling Sebastian, the Under 17 Champion.  The brothers, who have several local titles between them, are both eager to add a regional crown to their trophy case. 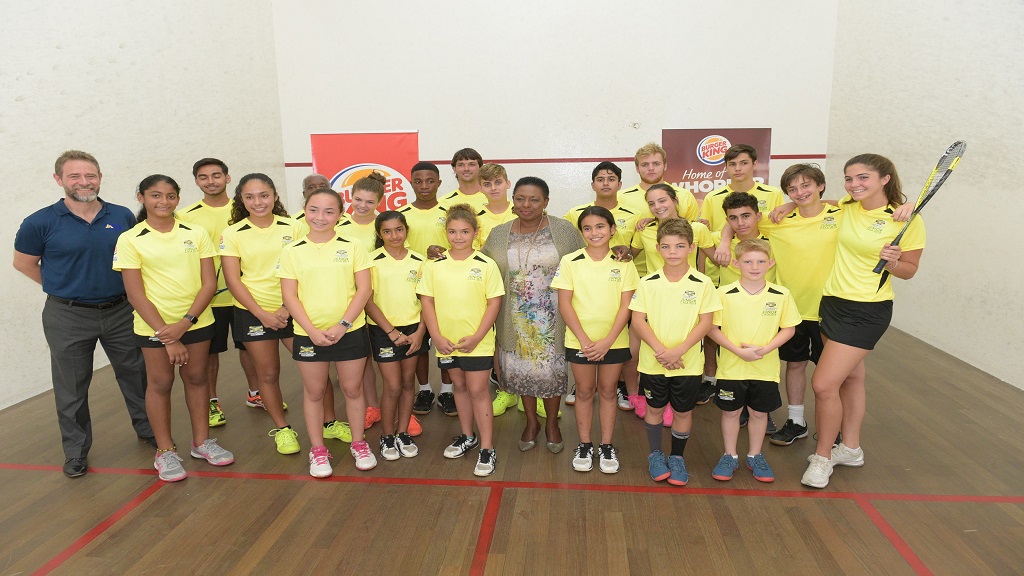 Also, junior team veterans, Mia Mahfood, and Mia Lake will be looking to come through in the Girls’ Under 19 competition.  The experienced competitors will also add depth and utility to the squad in the team competition.

“We are quite pleased with the team we are fielding for this year’s Caribbean Championships and we expect to be a threat in several individual age groups and have a strong performance in the team competitions,” said Chris Hind, President of the Jamaica Squash Association.

“Our junior players have been working hard, they have been entering competitions locally and overseas and we expect all of that to pay off in the regional arena which is where it matters most,” he added.

Burger King’s Sponsorship and Public Relations Manager, Ricardo Brooks said, “Burger King is committed to the growth and development of non-traditional sports because we believe they can offer opportunities for our athletes comparable to our more popular sports like football and track and field.

“We are long-standing supporters of Jamaica’s youth squash programme and each year we are proud of how of our young players perform on the Caribbean stage and we are happy to continually contribute to their success."

The team, which leaves for Trinidad on Friday met with Sports Minister Olivia “Babsy” Grange at the Liguanea Club on Wednesday following one of its final training sessions.  Minister Grange encouraged the youngsters to deliver a strong performance and put their sport on the map.

“Squash is an up and coming sport for Jamaica and all of you are writing the history of your sport as you play these competitions now; so I want you to play hard, do well and be great ambassadors for squash and for your country,” she Minister Grange said.

The championships will kick off with the age-group competitions from July 14-16 which will be followed by the high-stakes team competition from July 17-20.  In addition to Jamaica, players from Bermuda, Barbados, British Virgin Islands, Cayman Islands, Guyana, St Vincent and the Grenadines and Trinidad and Tobago will all be in the mix.